2020 retirees moved to these states and cities the most, study reveals

Florida wasn’t the only state attracting retirees in 2020.

Florida wasn’t the only state attracting retirees in 2020.

National moving network and resource HireAHelper analyzed a current population survey from the U.S. Census Bureau and found which states and cities attracted the most retirees throughout the pandemic, as well as which states they left from.

THIS AGE IS CONSIDERED 'OLD,' ACCORDING TO A NEW SURVEY

Nearly 400,000 Americans moved to a different area for retirement, according to migration and mobility data from the census survey.

Further broken down, new retirees were largely attracted to cities in Florida and Virginia. Forty percent of retirees who moved picked a city in these two states out of the 15 HireAHelper identified.

Orlando welcomed the most retirees out of the list with 7.2% of retirees moving to the Theme Park Capital of the World. The next three cities that were most popular among retirees were in Virginia, including Charlottesville (4.8%), Waynesboro (4.8%) and Roanoke (3.2%).

Port St. Lucie in Florida rounded out the top 5 with 3.6% of new retirees moving to the coastal city. Tampa was the other Florida city that was identified as a hotspot for 2020 retirees.

Conversely, 26% of new retirees moved away from cities or metropolitan areas in 2020, according to current census data. 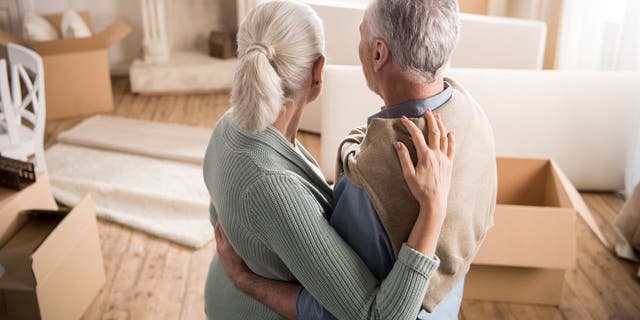 Hundreds of thousands Americans moved to different states or cities for retirement in 2020, according to HireAHelper's retiree movement study. (iStock)

Five other states that lost more than 3% of its retirees throughout the pandemic were Washington, Virginia, Illinois, Iowa and Georgia.

By the 3rd quarter of 2020, around 3.2 million Baby Boomers retired, according to a survey conducted by the Pew Research Center. This number is more than twice the amount the nonprofit observed the same time a year before.