Johan van Oldenbarnevelt is arguably the greatest Dutch statesman, as one of the founding fathers who helped liberate the Netherlands from Spanish rule, but for 200 years the whereabouts of a diary chronicling his final months before he was beheaded has been a mystery.

The prose – written over an eight-month period between 1618 and 1619 – was last seen in 1825 when a pastor, the Rev Adrian Stolker, studied the manuscript and made a copy by hand to be published for wider dissemination.

But the original leather-bound book, written by Van Oldenbarnevelt’s trusty servant, Jan Francken, detailing his master’s daily refusal to accept that he was doomed for execution, had simply vanished from sight – until now, on the 400th anniversary of his execution.

“A few months ago a guy who sells antique books made contact with us and said I think I have the original of the diary of Van Oldenbarnevelt,” said Lydia Edelkoort, the curator at the Flehite Museum in the Dutchman’s home city of Amersfoort. “It is a little miracle.” 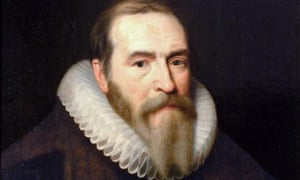 She added: “It seems to have been in a family library which was cleared up last year and the owner recognised it as something interesting and brought it in a big box to the antique-book handler.

“But he is not telling me his source. I don’t know why. The owner was not aware of the unique nature of this book, he didn’t throw it away in the paper basket, but he did not know how unique it is.”

Edelkoort said the book was “on loan to us … The book seller wants to sell it to the Royal Library in the Hague but there have to be some negotiations over it, I understand. But for the time being it is in our museum.”

Alongside William I, Van Oldenbarnevelt, who lived from 1547 to 1619, is widely regarded as one the architects of the Netherlands, who also oversaw the founding of the source of the country’s great wealth, the Dutch East India Company.

His undoing came when he fell out with William’s son, Maurice of Nassau, over a military expedition to Flanders that nearly ended in disaster. He then parted ways with the young prince over rival interpretations of the bible.

Van Oldenbarnevelt, arrested for treason on the grounds he had “breached the peace of the Church and State”, was imprisoned at the age of 72 in a small room in the Binnenhof, home of the Dutch parliament and prime minister. 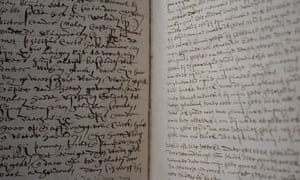 Eight months later, on 13 May 1619, he was beheaded by sword – 400 years ago this week. But until then, Francken was given freedom to move in and out of his master’s rooms, smuggling in pen and paper, and recording events for posterity.

“Francken started his diary just at the moment that Van Oldenbarnevelt was arrested by a soldier in the name of prince Maurice,” said Edelkoort. “He wrote until the moment he was beheaded, noticing everything that happened in the room in which he was kept. The original was kept secret for 200 years.”

The 40-page handwritten diary was discovered by the bookseller, said to be from the east of the Netherlands, as an insert to a bigger book of leather bound 17th-century pamphlets written about Van Oldenbarnevelt’s demise. 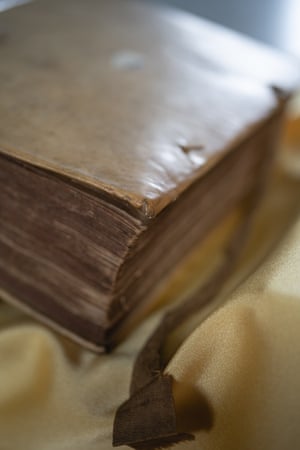 Included in that book was a secondhandwritten section by an author named only as DVK, who told of collecting “all kinds of memories and paperwork in the house of Francken before he died,” said Edelkoort, who has received confirmation from the Royal Library of its authenticity. “It is a historical sensation that makes you so close to what happened in the 17th century,” she said.

“It has a national value, it is priceless, in a way. There was not a lot about sentimentality in the book but you can see the old man at 72, when he died, could not believe it would end like this. He could not believe that his former friend and companion wants to achieve this at the end.”

Edelkoort added: “He didn’t want to say, ‘OK, I am sorry. I did something wrong’. He was an old man who knew he was right and he did not want to give up that he was right.”

The Flehite Museum will display the diary with the sword used for Van Oldenbarnevelt’s execution until the end of the year.