A Twente hospital has sacked a trauma surgeon for sexual misconduct in the second major #metoo scandal in the Netherlands... 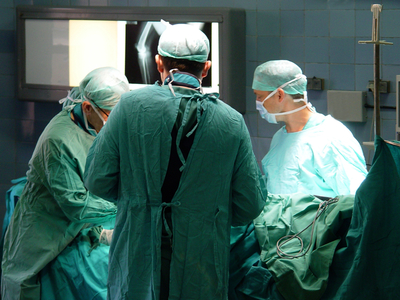 A Twente hospital has sacked a trauma surgeon for sexual misconduct in the second major #metoo scandal in the Netherlands this week.

The 64-year old surgeon was dismissed from his post at the Medisch Spectrum Twente earlier this month following 18 accusations of sexual misconduct and verbal aggression from staff including nurses, interns and secretaries.

None of the accusers have filed police complaints as yet.

In a letter from the hospital to the medical inspectorate quoted by the Volkskrant, hospital offcials say the incidents which cover the period between 2014 and now ‘may well have had a negative influence on the quality of care at the hospital’.

The surgeon, who was given a prestigious royal distinction for his work, has admitted having being verbally aggressive but denies abuse of power and being a sex pest.

‘Some of the accusations are true. I can be rough verbally. That can have an effect and I am not always aware of it,’ he told the paper. ‘But if people start to accuse you of sexual misconduct then, as a man, you are playing a match with a 5-0 disadvantage.’

Staff have also said their accusations were not properly handled by their superiors. Healthcare inspection body IGJ, which will investigate the matter said that ‘to deliver good and safe care the culture has to be right,’ a spokesperson said.

The sacking of the Twente surgeon comes in the wake of news this week that a law professor at the University of Amsterdam was sacked at the end of 2018 because of sexual misconduct.

The professor, who can only be referred to by his initials R.B. following a court decision, was known as a ‘flamboyant, charismatic man with a lust for life,’ the paper said.