A day on a film set

I’ve always wanted to be on a film set, to see what’s going on behind the camera, to watch actors and everyone else working to create the final product. This month, I was given the opportunity when I was invited to join the ca

I’ve always wanted to be on a film set, to see what’s going on behind the camera, to watch actors and everyone else working to create the final product. This month, I was given the opportunity when I was invited to join the cast and crew of a short movie being created by the talented Cintia Taylor. 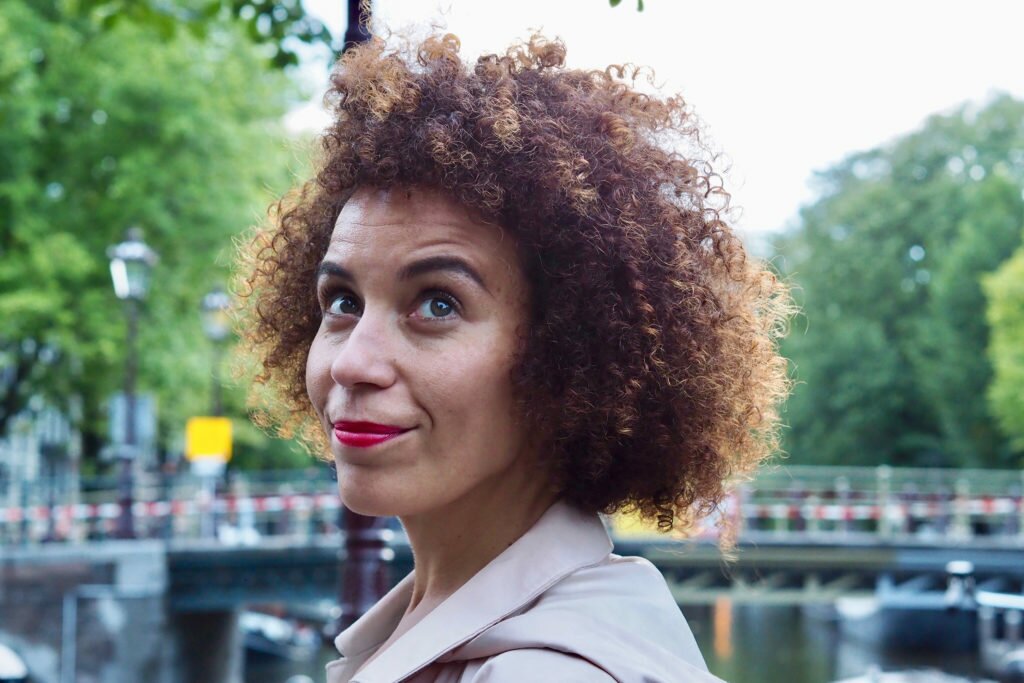 The movie, “Clinch“, approaches a sensitive theme: a woman, who is also a violin player, finds herself unable to perform anymore as the result of trauma from an event of sexual violence. She starts to practice in a boxing training room, hoping to overcome her demons and to find peace.

The first day of filming took place at an actual boxing club. So there I was, on a Sunday afternoon, making my way to Amsterdam Noord, admiring the fluffy clouds during the ferry ride and feeling excitement about the day ahead. I joined the team around lunchtime and spent the entire afternoon on the set. When I arrived, they were in the middle of filming a scene. I had to wait silently until they got a few more takes (read: 11), and only following that I could meet the crew; I was informed about the schedule and we mingled during the break, before they started shooting again. I followed the actors everywhere, including outside for the outdoor scenes. After a couple of hours I was exhausted — and that only from following them around and taking some photos. I left the set at 7pm but the crew stayed there until 9-10 in the evening. With Cintia being a perfectionist, who needs to make sure each and every detail is exactly as it should be, I would expect them to still be there the next morning, save for the club having to close and kick them out. 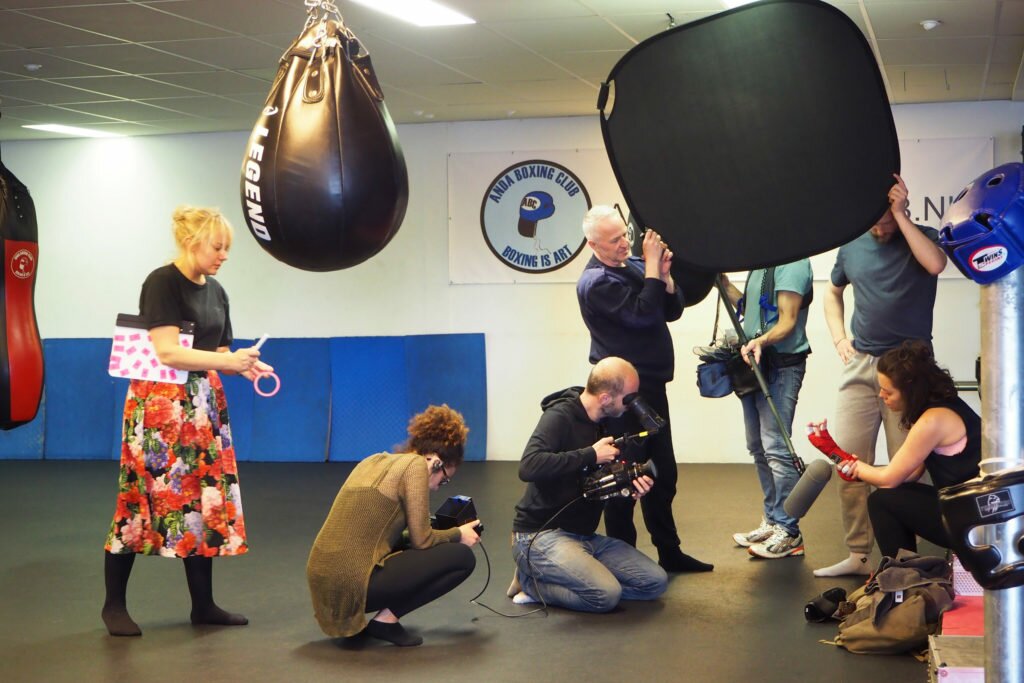 In my few hours on the set I learned that being an actor is much more difficult than I had imagined. It’s not all shiny lights and roses. There is a lot of work involved and it’s energy draining — not only physically, but emotionally too. The actress who plays the main character in this movie, Amelie Onzon, must have gone home that evening with no bit of energy left! So many repeated takes, the boxing, the intense emotions she had to create for the movie — I felt tired just from looking at her.

I also learned that, especially if you are an empath, you pick up on the emotions that are portrayed on the set, and it’s crucial to have moments of emotional refreshment (is that even a thing?), like a group hug after a fight scene, a joke after the scene with a panic attack, etc. There is also a lot of waiting time on a film set: you wait for your turn in front of the camera, for the clouds to cover the sun, or for the next door evangelic church to end its programme of singing and dancing so you can record the sound properly. I used my waiting moments to take a few portraits.

It’s not only the actors who work hard, everyone else on the set works constantly on the sound, filming, production, make-up; and this was the set for a short, low-budget movie… I cannot even imagine what it is like on the set of a big Hollywood production! It was a great opportunity to be part of the filming crew for a day, I can’t believe how much it changed my perspective on this topic. I’d love to repeat the experience another time 🙂

The shooting will go on for a couple more weeks and I can’t wait to see the result! The movie will also star: Youval Kuipers, Shane Redondo, Viola Blache, Chanani Campbell, Errol Mccabe.

A few words about the movie from the director Cintia Taylor:

“The idea for Clinch first came to me as an image: I saw a woman practicing intensively in a full gym — yet looking very lonely and sad. This was not your routine training. There was a factor of life and death in it. But I wasn’t sure what it was…
Then, #MeToo hit the headlines.

While I cannot imagine how it is to be abused, as I read the articles on the women coming forward, I recognised some of their feelings and emotions: shame, guilt, anger, deep sadness. As someone who has battled depression all of my life, I was very familiar with these. I also know how pain can blind us and keep us from fighting the real battle: our very own overcoming.

As a filmmaker, I find it important that my stories reflect a wider social conversation. Sexual violence remains largely a taboo.

While #MeToo has helped many women come forward, it is only a beginning, one tool in many. I hope with this film to inspire and support women. It’s a story of hope that, despite the pain, we can find peace and happiness.”