It’s not every day that I get an email inviting me to travel to a foreign country as a judge for their 30 Best Restaurants awards. But that’s exactly what happened one day in January, and a month later I found myself flying

It’s not every day that I get an email inviting me to travel to a foreign country as a judge for their 30 Best Restaurants awards. But that’s exactly what happened one day in January, and a month later I found myself flying AirBaltic to Riga with a packed agenda of restaurants to try. I was there simply to report back on my findings to the dining arm of Latvia’s tourism board, but having got to know a little about Latvian food and restaurants, I felt inspired to write something about them for my own foodie travels section as well. Although I ate in a couple of places outside the capital, I didn’t want to make this food guide too broad so I decided to focus on Riga restaurants in particular.

But before we get into the dishy details, a few observations about Latvian food in general… Unsurprisingly given its long coastline along the Baltic Sea, fish features significantly in the Latvian diet. The trout was particularly good, but all the fish I ate was extremely fresh and well prepared. Like its Nordic neighbours, Latvian food is heavily seasoned with dill – it crops up in almost everything. And cranberries seem to be a popular recurring feature as well. Given the country’s northern nature, pickling is everywhere in evidence – presumably to preserve the local produce during the long, cold winters (it got down to -7⁰C while I was there). But there are other commonalities between restaurants whose origins are less clear: the bread, for instance. As in many European countries, bread appears as standard at the start of the meal, but the Latvians have got creative with both flavour and presentation when it comes to the humble loaf. From rye bread to crispbreads, and from flavoured butters to Jackson Pollock-style dipping sauces, Latvian chefs have made their exquisite bread the star of the show. 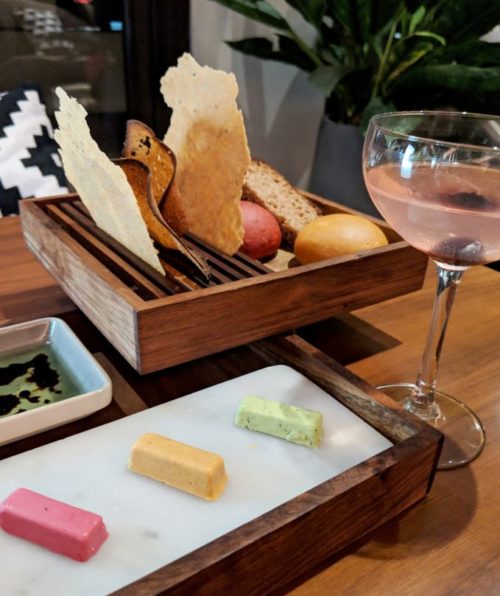 Just one example of Latvia’s endlessly creative ways with bread…

With this rudimentary introduction to Latvian food under our belts (so to speak), let’s get on with the main course: my
Foodie Guide to Restaurants in Riga: 7 Must-Trys.

Set in the atmospheric Jacob’s Barracks, the lengthily titled 3 pavāru restorāns “Tam labam būs augt” (in English: the 3 chefs restaurant “the good must grow”) is a must-visit while in Riga. The décor is contemporary, the atmosphere buzzing, the cocktails pack a punch, and the menu has real creative flair. From the outstanding ostrich tartar to the aforementioned Jackson Pollock-style bread presentation (when the restaurant first opened, they couldn’t afford enough plates so they used placemats of greaseproof paper and squeezy bottles to create a palette of weird and wonderful dipping sauces for their bread – think black beer, hemp seed and sea buckthorn), this is a Rigan restaurant to remember. Of course, I was so excited about the ostrich tartar – which was mustardy and well-seasoned with a sous-vide egg yolk – that I forgot to take a photo before diving straight in. But that surely tells you enough…

Sample the “knapas” at Entresol

At restaurant Entresol, just outside Riga’s Old Town, the chefs have come up with Latvia’s answer to tapas: knapas. You can order three for €11.50, which would be enough for one person as a small meal or a large starter. The seabass ceviche is particularly good, with a great balance of sour, sweet, spicy and pickle flavours. But there are some local Latvian specialities on the menu as well, from rye bread with lard and pickles to local fish soup with dill oil. I was less keen on the main dish I tried (which essentially comprised gnocchi slathered in cheese sauce and mushrooms) but the knapas alone are worth a visit.

Riga Central Market occupies five vast hangars close to the train station. And it’s not just a tourist attraction: wandering through the stalls, it’s clear that local Latvians use the market for their daily groceries. Of course, if you’re on holiday in Riga you’re unlikely to have a kitchen to cook in, but it’s still worth browsing through the food offerings – especially the brightly coloured pickles piled high and emitting a fermented fug. You won’t smell that in Amsterdam! 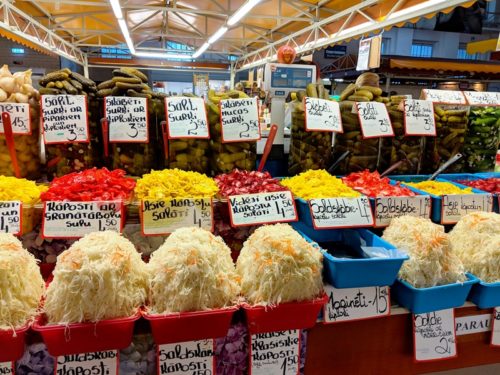 Eat the freshest sushi at The Catch

Given the prevalence and freshness of fish in Latvia that I mentioned earlier, it’s no surprise that some of the best restaurants in Riga involve sushi. An excellent example of which was The Catch: a slightly hidden little venue that serves some of the freshest sushi imaginable. I particularly recommend the yellowtail sashimi that was meltingly tender, and the seabass truffle rolls – the truffle didn’t overpower the delicate fish, and there was a satisfying crunch on the outside. Not sushi per se, but the spicy aubergine with cooling yoghurt and an umami hit of bonito flakes was a winner, too. 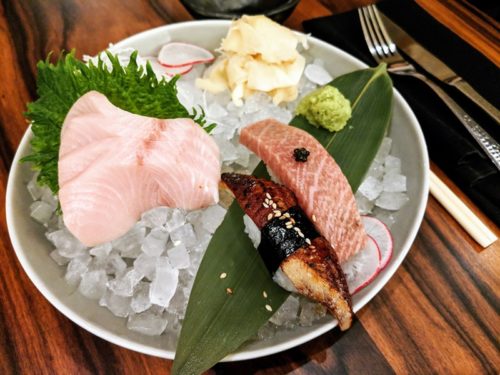 Fresh sashimi and nigiri at The Catch

Try the robata grill at COD

Claiming to be the first robata grill restaurant in Latvia, COD offers excellent Japan-inspired cocktails and an elegant Japanese menu. If you like martinis and can handle perfumed drinks, I’d highly recommend the Lychee Martini to kick off your meal. From there, move onto dishes from the robata grill, including scallops with edamame puree and yuzu dressing, or grilled asparagus with sesame vinaigrette. COD also does a good line in sushi and some luxurious gyoza filled with black cod and crab. But be warned: prices add up quickly here! 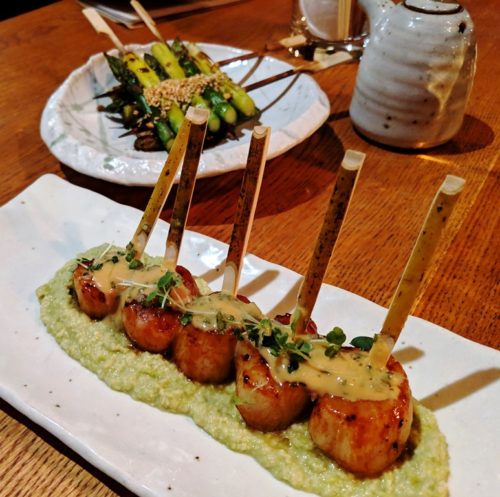 Scallops and asparagus, fresh from the robata grill at COD

Sip cocktails with a rooftop view at Stage 22

For stellar views over Riga’s Old Town, take the lift to the eighth and top floor of the Grand Hotel Kempinski to Stage 22 – a cocktail bar and restaurant. As suggested by the name, they serve 22 cocktails – 11 signature drinks and 11 classics. Drinks here don’t come cheap, but they’re well-made and the rooftop view is worth the expense in any case. Try the Pink Lips – the booze-fuelled lovechild of a margarita and a Hemingway daiquiri. Top notch. 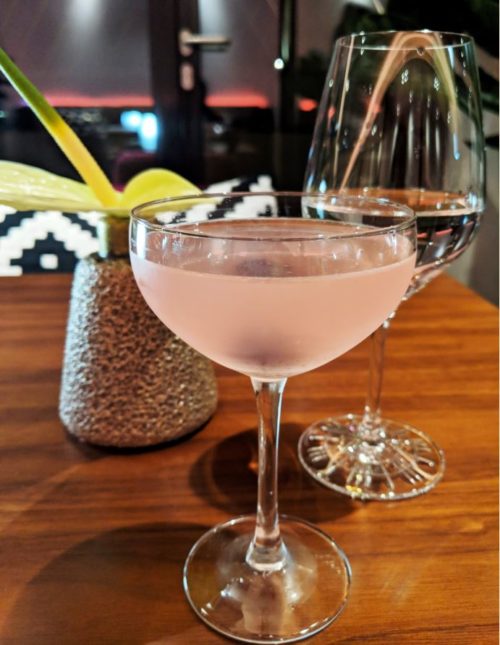 Take a coffee break at Strada

With all the eating and sightseeing you’re likely to be doing in Riga, you’ll need to refuel on caffeine at some point or another. I discovered Strada coffee house by chance while walking from my hotel to the next restaurant on my itinerary, and stopped in for a flat white. The coffee was strong but mellow, and the atmosphere mellower still – perfect for reading a book or writing up a few restaurant notes… Refuel with a coffee at Strada