The Australian Government has extended its ban on international travel by a further three months until at least June 17, citing a 'unacceptable public health risk'.

Travel ban is extended until June with fears hotel quarantine could stay until 2022 - in a huge blow to 40,000 Australians still stranded overseas

Jetsetters dreaming of their next overseas adventure have had their travel plans dashed with a further extension of the international border ban.

The federal government extended its ban on international travel by a further three months until at least June 17, citing an 'unacceptable public health risk'.

Tuesday night's announcement means the mandatory 14 day hotel quarantine for returned travellers will likely remain in place for much of 2021.

March 17 will mark one year since Australia slammed its borders shut due to the coronavirus pandemic.

More than 100,000 Australians were granted an exemption to leave the country in that time and another 40,000 desperate to return home remain stranded overseas. 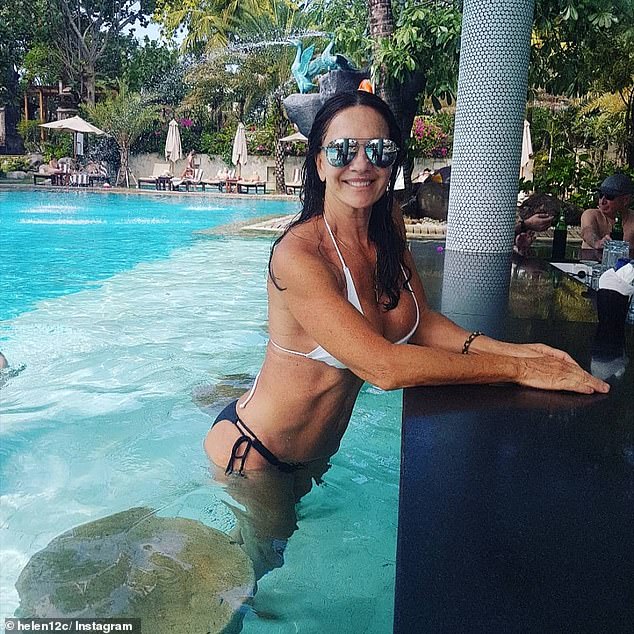 It will be another three months before Australians can head to Bali again after the international border ban was extended. Pictured is a traveller on the holiday island before coronavirus hit

'The AHPPC has advised the Australian government the Covid-19 situation overseas continues to pose an unacceptable public health risk to Australia, including the emergence of more highly transmissible variants,' he said.

'The extension of the emergency period for a further three months is about mitigating that risk for everyone's health and safety.'

The international travel ban was due to end last December before the government extended the ban by a further three months, which was extended even further on Tuesday night.

Cruise ships are also banned from entering Australia's shores in the wake of the Ruby Princess disaster in NSW a year ago which resulted in almost 900 infections and 28 deaths. 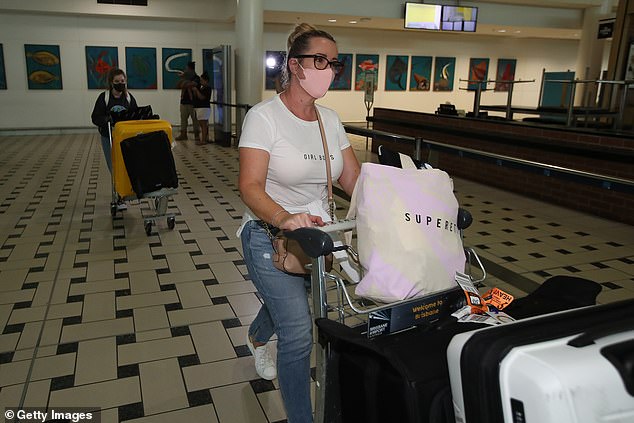 Around 40,000 Australians remain stranded overseas due to the international travel ban. Pictured are New Zealand travellers arriving at Brisbane Airport in January

Opposition's foreign affairs spokeswoman Penny Wong called on the federal government to take responsibility for the ramifications of the 15-month border closure.

'When Scott Morrison closed the borders he had no plan for the consequences,' she told the Sydney Morning Herald.

'A year later, 40,000 Australians are still stranded overseas, the border closure has been extended and there's still no plan for safe, national quarantine.'

Simon Westaway from the Australian Tourism Industry Council called on the government to provide a roadmap for reopening international borders.

'The time is nigh to consider a targeted reopening with key and willing markets,' he told the publication. 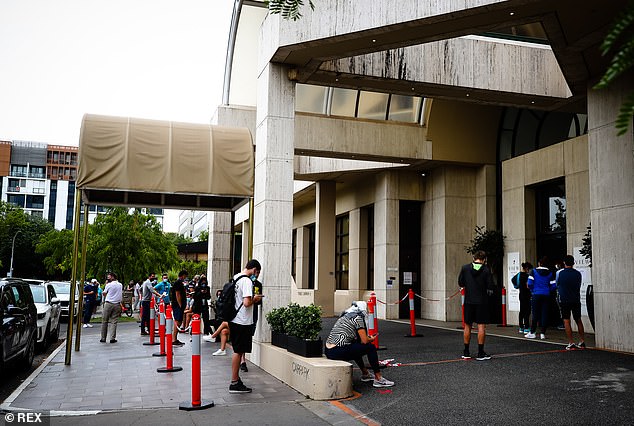 Hotel quarantime for returned travellers is expected to remain in place for much of the year. Pictured is a quarantine hotel in Melbourne during the recent Australian Open

The border ban extension comes a week after Qantas hinted the airline could be flying travellers overseas as early as October 31.

Airline boss Alan Joyce said travel would resume to 22 of the 25 destinations, including Los Angeles, London, Singapore and Johannesburg, despite the super-infectious South African strain.

New York, Santiago and Osaka will remain off limits, though the airline has promised to fly holidaymakers over as soon as possible.

Australia is expected to complete its rollout of the Covid-19 vaccine by the end of October. 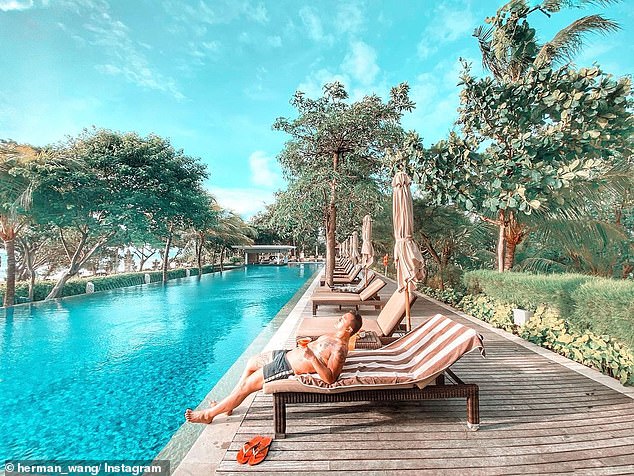 It's been a year since Australians have been able to holiday overseas. Pictured is a tourist holidaying in Bali