A few weeks ago, the staff of Stuff Dutch People Like were left scratching their heads when  asked a seemingly simple question: “What’s the story with that patterned Dutch crockery you see all over the place in the Netherlands? Come on, you know the one!” We did know the one, and so, SDPL contributor Rebekah Lawler […]

A few weeks ago, the staff of Stuff Dutch People Like were left scratching their heads when  asked a seemingly simple question: “What’s the story with that patterned Dutch crockery you see all over the place in the Netherlands? Come on, you know the one!” We did know the one, and so, SDPL contributor Rebekah Lawler set out to investigate the mysteries of Dutch Boerenbont!

Is there anything more Dutch than warming your ‘stroopwafel’ over a cup of tea or coffee on a cold day? Or having a bowl full of ‘snert’ with some bread for lunch? Well, chances are (if you grew up in the Netherlands) that the cup holding your warm drink, or bowl with that soup may have a distinctive floral, multi-coloured pattern on it that looks ‘very Dutch’. This type of tableware is called ‘Boerenbont’ and is famous for gracing Dutch tables for generations. 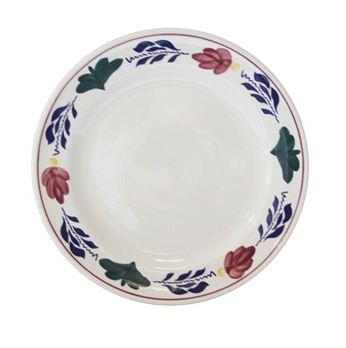 Boerenbont has an instantly recognisable pattern. It comes in a blue, green and red (sometimes yellow) design on white background. The colours are inspired by the traditional farming landscapes of the 19th century – the green grass, dotted with red and yellow flowers, under a blue sky. (Blue skies?? They must have had better weather in the Netherlands back then…)

It all started over 150 years ago, when clay was discovered on the banks of the river Meuse in Maastricht. At the time a pottery merchant called Petrus Regout, discovered how to make cups and plates using molds. By doing so, he could make ceramic ware faster, and keep a consistency in shape and size that hadn’t been manageable up to then. Petrus established a mass-produced, modestly priced table service that quickly became very popular. The patterns, hand painted by the local farmers’ wives, became immediately recognisable by their simple design of flowers and plants. 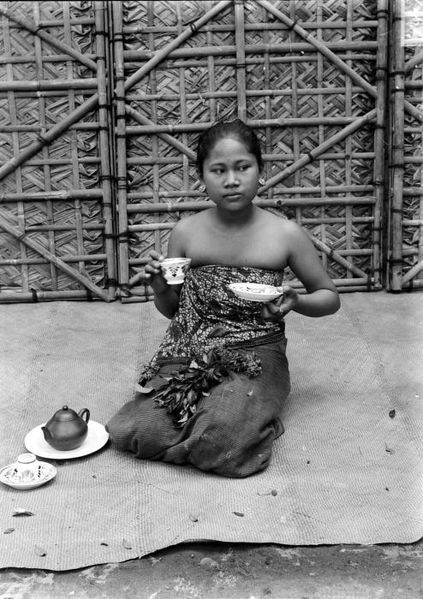 Boerenbont’s popularity was due to the fact that not only was it pretty and sturdy, but also affordable. It was no big disaster if young Dirk dropped his mug at dinner, as the pottery was easily replaceable. On their facebook page Boerenbont even mention that, ‘If you break something, you always know that you can get it again. A nice feeling.’ Generations of Dutch kids have grown up familiar with their morning tea drunk out of a Boerenbont beker, or their hagelslag on bread eaten off the familiar floral plate. This daily usage and familiarity make it inherently part of the collective Dutch memory. Nowadays it also comes with a dishwasher safe stamp – a long way from its traditional beginnings of farmers’ wives craft. I wonder what they’d say at the need for it to be dishwashed at 60 degrees?!

Interestingly when the Dutch merchants of the nineteenth century travelled, they took their pottery with them and so Boerenbont travelled to far-flung corners of the world … They have followed the path of these sailing salesmen all over the world, from Sumatra to Zanzibar via Goa. There’s a great picture of a woman in Gudang (Indonesia) enjoying her morning cuppa in a Boerenbont. I can see the merchants on their boats heading off on their adventures, a crate of the best Boerenbont stashed in their hold. They’d sail off to distant shores and sit down in the blistering heat of distant lands to enjoy an afternoon familiar cuppa in the shade!

p.s In 2012, Royal Boch revived the familiar favourite! It’s now widely available for purchase (so you no longer need to hunt the flea markets to complete your sets). Check out their new collection below -(oops we just bought ourselves the “melk bekers”)! 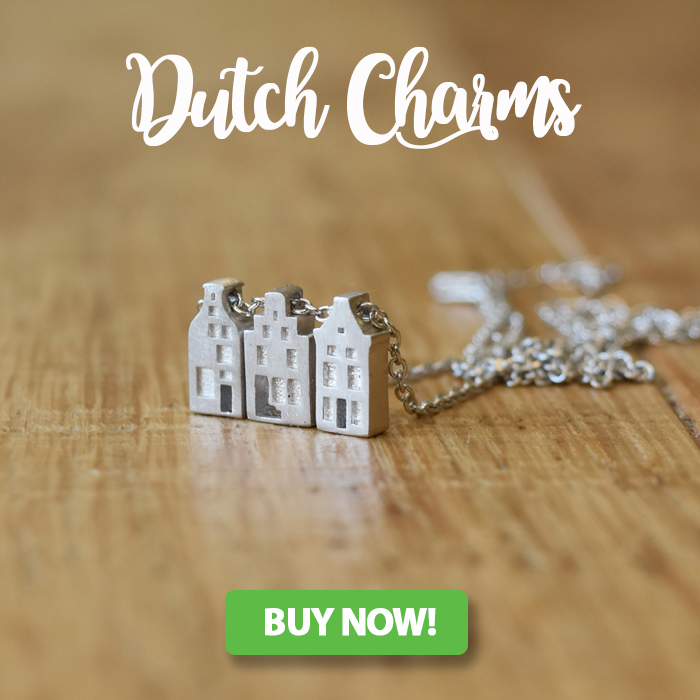