Ben Speller, from London, received quite the shock after arriving for his one-night stay in Amsterdam to find a shipping container set up on the roadside (pictured), with just three mattresses inside.

Is this the world's worst Airbnb? British Tottenham Hotspur fan is shocked to discover his £100-a-night room in Amsterdam is actually a shipping container (with a portable toilet inside)

By Alexander Robertson For Mailonline

A British tourist who booked a £100-a-night home in Amsterdam through Airbnb was stunned to find the 'cottage' was a shipping container set up on the roadside.

Hopeful of finding somewhere cheap and cheerful, Mr Speller was delighted when he came across the listing for a 'clean home in Amsterdam with a private bathroom'.

But the Londoner received quite the shock after arriving for his one-night stay to be met with a grey shipping container with three mattresses and a portable toilet inside at Pauwenpad, near the Prins Bernhardplein, in Amsterdam. 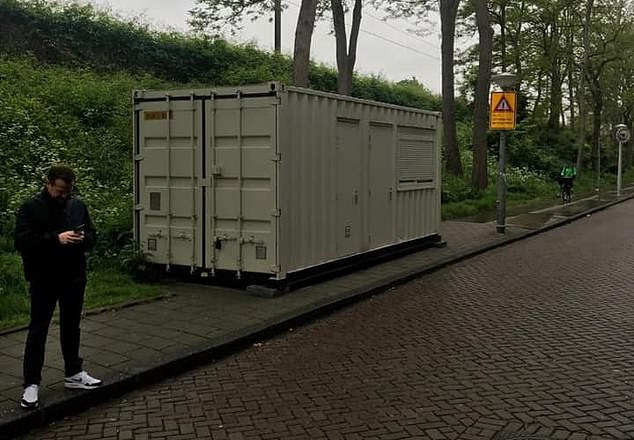 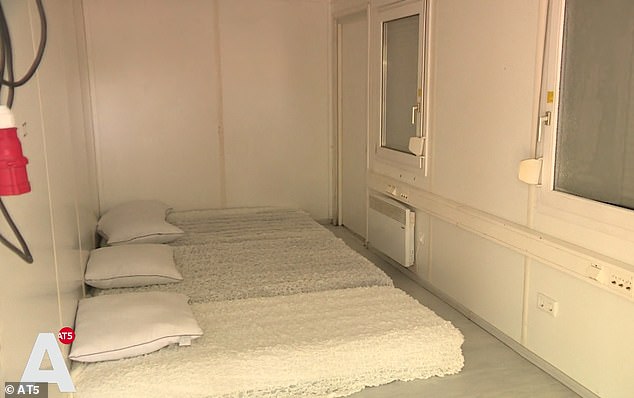 A photograph taken from inside the container shows three solitary mattresses lying on the floor, complete with bedding 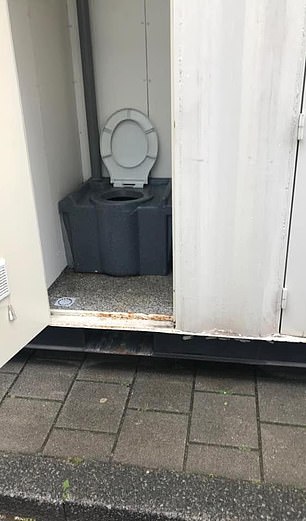 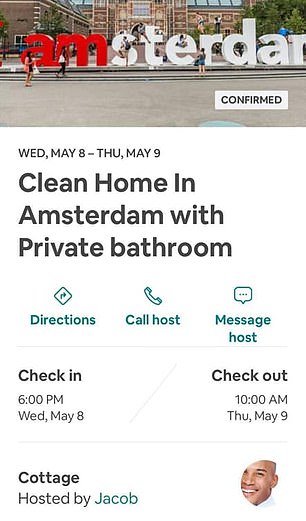 Pictured is the shipping container's portable toilet, which had been installed inside the 'home', while the listing on Airbnb is pictured right 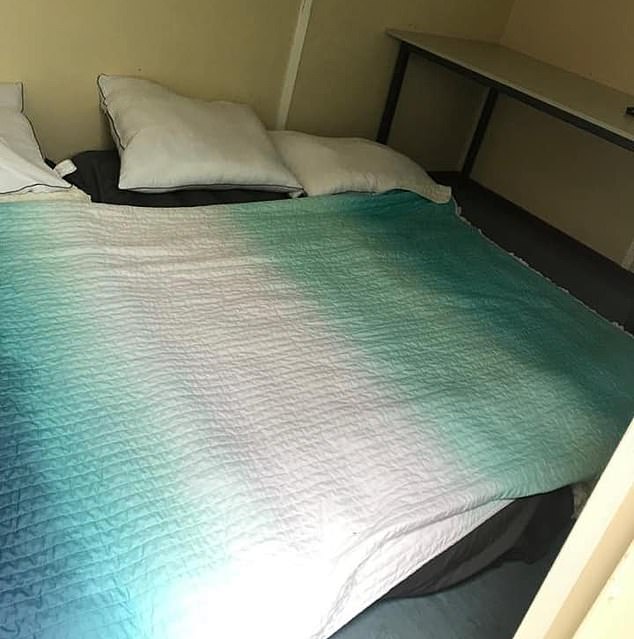 He told Dutch news site AT5: 'We had already driven past the container three times in the taxi trying to find the place. We thought, "This can't be it."

What action can you take if your Airbnb reservation is not what is seems?

If something isn't quite what you expected or isn't working you do have some recourse.

And depending on the circumstances, you can apply for a refund.

Mr Speller asked the owner for a refund, but the request was denied, leading to Airbnb refunding the £100 as well as the £230 for the hotel booking itself.

AT5 claimed that there was no permit for the container, and after visiting the site to find it empty, it was towed away by city contractors.

The home, described as a 'cottage' by a host calling themselves 'Jacob', was taken off the site shortly after Ms Speller raised his complaint.

A spokesperson for Airbnb said: 'We have removed the host and listings from our platform.

'Misrepresented or fraudulent listings have no place on our platform, and our team works hard to constantly strengthen our defenses and stay ahead of bad actors.' 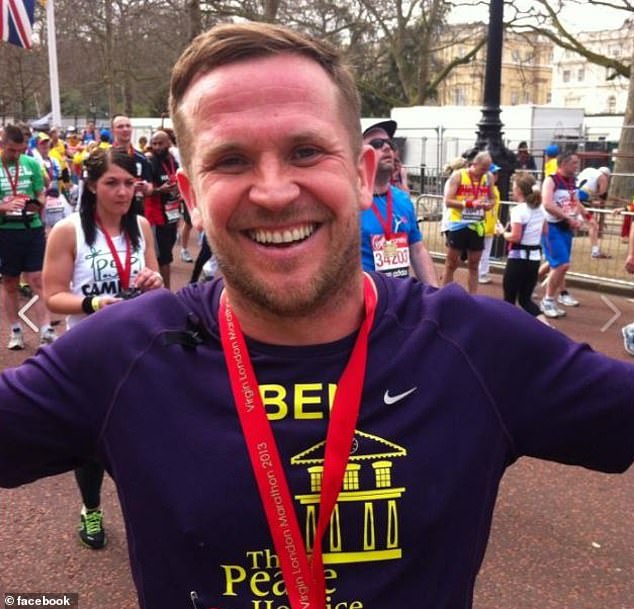 Mr Speller (pictured) asked the owner for a refund, but the request was denied, leading to Airbnb refunding the £100 as well as the £230 for the hotel booking itself 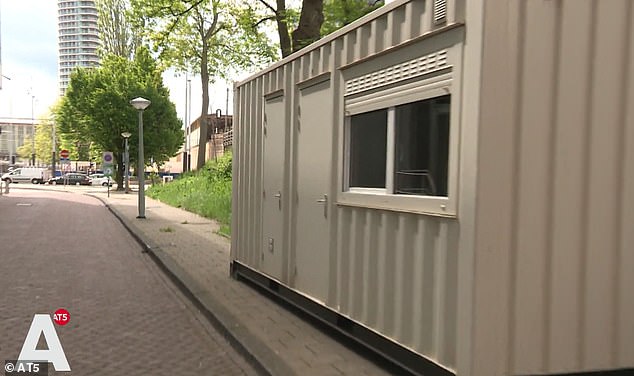 AT5 claimed that there was no permit for the container, and after visiting the site to find it empty, it was towed away by city contractors 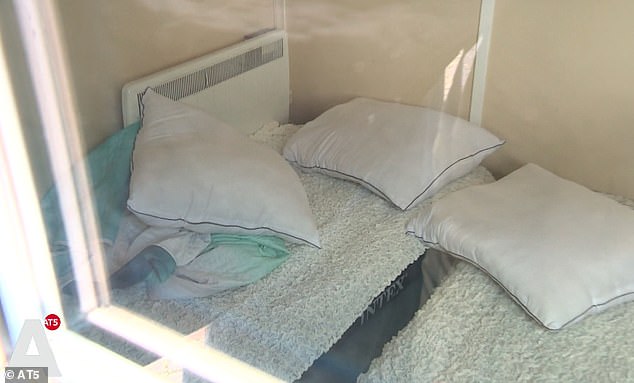 A window on the side of the container, found near the city's main railway station, looks down on the three beds inside 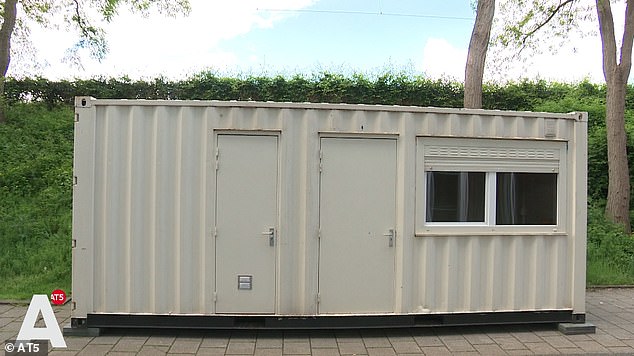 The container comprised a toilet set up in one room (shown left), and another to the right which housed three mattresses

It is not the first time a slightly dubious listing has been made on the popular accommodation booing website.

In March 2016 one enterprising citizen set up a double bed in a car park outside of a row of garages in Peckham and then listed it on the rental site for £8.

With a price that cheap in London, was not surprising that the accommodation seems too good to be true.

The tongue-in-cheek property summary describes the rental as a 'private room in a public space.'

Sadly for any interested customers, Airbnb has since taken down the listing.

Airbnb responded to the person who listed the stay saying: 'This listing had to be removed for not meeting our occupancy standards.

'In future, be sure to pick a place with four walls, running water and a little more privacy.'

The post echoes another 'joke' accommodation that was put up in January in New York.

One Brooklyn citizen used the vast quantities of powder in his back garden to build an igloo... and then advertised it on Airbnb.

The 'Boutique winter igloo' listing offered studio living for up to two people at $200 (£140) a night.

Read more:
Source: https://www.dailymail.co.uk/news/article-7032457/British-holidaymaker-arrives-Amsterdam-Airbnb-home-shipping-container.html?ns_mchannel=rss
(0)
0.0
Dislike 0
ОТН 1280
Like 0
Someone is typing...