According to the official Dutch count, there have been 4,795 coronavirus deaths in the Netherlands. This is an underestimate: it only includes people who tested positive, and mortality data suggests actual deaths are 40 per cent higher. It also disguises deep regional differences.

In the worst-hit region of North Brabant in the south, twice as many people died between March 16th and April 5th, 2020, than in the same period last year. But in the northern region of Groningen, home to a university city the size of Cork, deaths were just 4 per cent higher in the same period.

What can explain this stark difference in a country half the size of Ireland that is one of the most densely populated in the world?

The man held partly responsible is Prof Alex Friedrich, a virologist and head of microbiology and infection control at the University Medical Center Groningen (UMCG), the major hub of medical care in the northern Netherlands.

Friedrich announced on March 19th that the north was departing from national Dutch policy. While the public health agency would be restricting testing to only severe and priority cases, he announced the north would follow the World Health Organisation’s advice: “test test test”.

“In the Netherlands, in our country, they said that diagnostics is interesting for statistics but not important for the fight against the disease. There I strongly disagree,” Friedrich told The Irish Times. 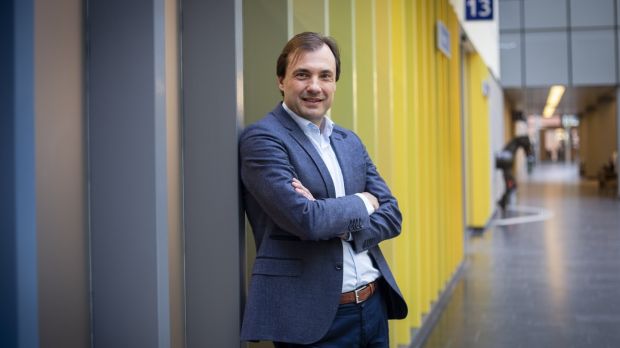 The UMCG set up a test centre on its grounds, hired medical students for extra staff, and asked the local health authorities to direct people there for screening.

“We just did it,” Friedrich recalled. “You save lives by doing diagnostics. Proper diagnostics, case tracing, information, is one of the strongest weapons we have to fight the virus.”

Crucial to the decision-making was an international perspective. Friedrich did not rely on the limited academic studies available on the new virus, but directly telephoned doctors in Italy to ask what they were seeing in their patients.

He learned they were spending twice as long in intensive care than Dutch national modelling accounted for, and he adapted the hospital’s plans accordingly. Friedrich maintains that learning from the experience of other countries is crucial to fighting the pandemic.

This insight was important, but so was luck.

School holidays in the Netherlands are staggered. The north had theirs a week earlier than the rest of the country. It meant that Dutch people from the south and west were much more likely to bring coronavirus home from skiing holidays in Austria and Italy, as they travelled when outbreaks there were more widespread. This was compounded by the mass public events of carnival season, which are held in the south but not the north.

This meant when the Dutch government finally began banning public events on March 10th, it was too late for Brabant, but not for Groningen, according to Friedrich.

“We talked to the public health service and said we are going to do something different from the national way,” he recalled.

“We realised there was no difference anymore between the south and the west of the Netherlands and northern Italy. So we told our staff: you are not allowed to go outside our region, and if you do so you cannot come to work. You have to stay at home for two weeks,” Friedrich said. 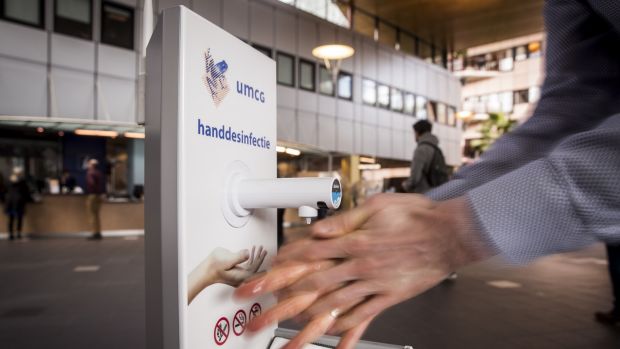 An antiseptic gel dispenser at the University Medical Center in Groningen, the Netherlands. The facility is the major hub of medical care in the northern Netherlands. Photograph: Vincent Jannink/ANP/AFP via Getty

With 15,000 staff and as the central healthcare node for the whole region, the UMCG was big enough to set policy for the wider north. According to Friedrich, the decisive intervention was screening healthworkers, whether or not they had symptoms. A fifth of those who tested positive never developed any.

Though Friedrich has been part of the outbreak management team that co-ordinates the Dutch response to the crisis, he is critical of aspects of national strategy.

On March 16th prime minister Mark Rutte announced that the Netherlands would build “group immunity” by allowing the virus to roam the population in a controlled manner. The government subsequently walked back from this, but the policy still has its adherents.

Friedrich is not one of them.

“It’s not a law that we’re all going to get infected. It’s just the consequences of our insufficient action to protect people.”

He has doubts about whether survivors of the disease even reliably built immunity. “Immunity does not happen automatically,” Friedrich said. “It might be very local, in the nose or throat. But then you could swallow the virus, and get an infection in your gut.”

Delaying the spread gives doctors and scientists time to understand the disease and develop more effective treatments, which Friedrich believes will emerge more quickly than a vaccine.

“For a vaccination you need to produce it for all the billions of people on the planet, which takes time, and you have to administer it,” he explained.

“It’s not like a therapy that you give to a sick person: there, you might take into account there are side effects, but consider them acceptable because you have to save a life. If you are giving a vaccination to healthy people all over the world, you need to be very, very sure that this is safe.”

His focus now is preparing for the winter, the worst season for respiratory infections. Friedrich expects it to bring a wave of infection that was worse than the first.

“You cannot expect things will go back to normal, thinking that normal is the world as it was before February. That is not really realistic. We have to change so that we can handle this.”