The shelter in a Brussels building helps women affected by domestic abuse in Belgium's lockdown. 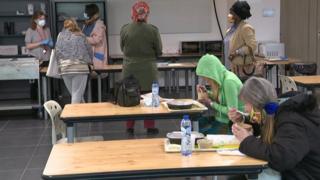 Image copyright Rtbf Image caption The cafeteria in the new shelter, which overlooks a park

A European Parliament building in Brussels is housing 100 homeless women - many of them victims of domestic abuse - who have been severely affected by Belgium's coronavirus lockdown.

The Helmut Kohl building, an office block in the city centre, opened its doors to them on Wednesday.

Offices have been turned into bedrooms, each for one or two women. They also get meals and medical care there.

The parliament, based in the Belgian capital, teamed up with Samusocial to run the facility, which is much-needed because social distancing has forced many women's shelters to close.

"We've had many cases of women thrown on to the streets since the lockdown started, because of domestic violence, which is tending to increase," Samusocial director Sébastien Roy told public broadcaster RTBF.

The Brussels authorities are also providing emergency accommodation for homeless people in some hotels.

The European Parliament's buildings are mostly empty. Sessions are now attended only by a few MEPs in the chamber, with others joining by video link.

The monthly full session in Strasbourg, eastern France, has been suspended until July. For years the Brussels-Strasbourg shuttle has been criticised, including by MEPs themselves, as a waste of EU money.

Parliament President David Sassoli, who toured the Helmut Kohl facility, said "this emergency affects all of us" and "in Brussels there is a lot of pain now".

"I think this crisis should push all of us, the institutions included, to set a good example."

The building, opened last October, is named after the German chancellor who symbolised European unity after the collapse of communism.

The parliament's kitchens are also providing 1,000 meals a day for charities helping the homeless.

Mr Roy said the future of the homeless women post-lockdown remained an open question. He said the crisis was an opportunity for society to improve provision for its neediest members.

Adeline, one of the women being sheltered, told RTBF the accommodation was a relief because "people forgot about the homeless in this crisis".

"We had to move on all the time in this lockdown, my husband and I walked 15km (nine miles) daily, the police told us 'you must keep moving'. At the end of the day we were exhausted," she said.

She said the rooms, each housing two women at the most, were more comfortable than at other women's shelters, where as many as six had to share a room.

But she deplored the fact that her husband, like many other homeless men, would have to remain on the street.

See how the crisis is hitting homeless people in the UK: 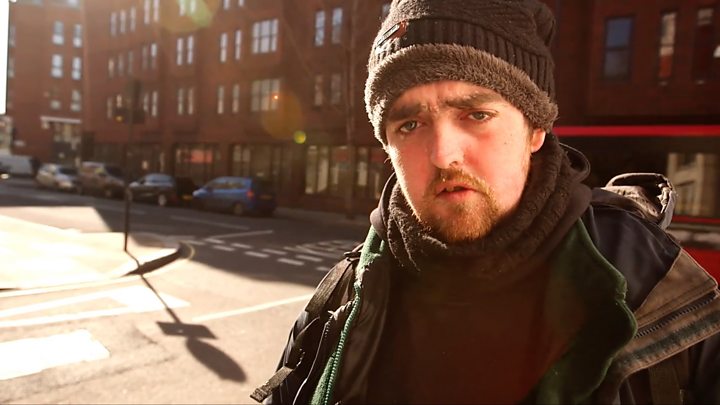 Media playback is unsupported on your device
Media captionHow the UK's homeless are coping during the coronavirus pandemic
Source: https://www.bbc.co.uk/news/world-europe-52500342
(0)
0.0
Dislike 0
ОТН 230
Like 0
Someone is typing...