Single currency nations see a sharp fall in GDP during the first quarter of the year. 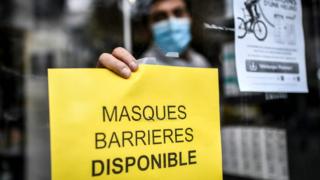 The eurozone economy shrank at the sharpest pace on record in the first quarter as the Covid-19 pandemic forced countries into lockdown.

A first estimate of GDP between January and March showed a contraction of 3.8%, worse than during the financial crisis.

Separate figures revealed a steep fall in economic activity in France and Spain over the same period.

In Germany, unemployment has increased though it remains relatively low compared with other nations.

On Wednesday, the US revealed that its economy had suffered its most severe contraction for more than a decade, after GDP shrank at an annual rate of 4.8%.