Greece and Croatia reacted fast to coronavirus, but now it threatens their tourism industries. 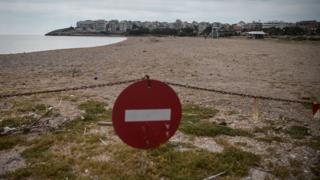 Greece has always prided itself on its sunny weather, beaches and islands. And anyone familiar with the coast of Croatia will know that finding towel room on its increasingly crowded beaches is a challenge.

But the coronavirus pandemic threatens to ruin the summer season, so vital to the economies of both countries, even though they moved fast to stop the spread. Their proximity to Italy concentrated minds, as Covid-19 started spreading rapidly.

How did they react?

Croatia was on alert soon after news of the Covid-19 epidemic emerged from China.

The Institute of Public Health had published guidelines even before the arrival of a busload of tourists from Wuhan in late January.

Local media raised concerns that Chinese workers constructing the Peljesac Bridge on the Dalmatian coast might have returned from virus-affected areas in China.

In Greece, too, the government moved well before the virus reached its shores, as it saw infections spread in Italy. An ad-hoc scientific committee was set up with top epidemiologists, virologists and infectious disease experts.

Some accused the government in Athens of not just entrusting the handling of the pandemic to scientists, but of handing over responsibility too.

When did lockdown start?

The first confirmed Croatian case came on 25 February, almost a month after Italy and the UK. It involved a man who had been in Milan six days earlier to see the now-notorious Champions League match between Atalanta and Valencia.

The match has been linked to one of Italy's biggest outbreaks - in Bergamo, where Atalanta are based.

The first confirmed case in Greece was recorded a day later than Croatia, on 26 February. And both countries reacted swiftly.

Greek Prime Minister Kyriakos Mitsotakis imposed tighter restrictions over a period of weeks and it was made clear that no exceptions could be made:

Greeks have since been allowed out of their homes only for essential work, buying food or walking the dog.

It became more difficult to enter Croatia immediately after its first case. Although an EU member, it is not yet part of the Schengen border-free area. So, despite protests from neighbouring Slovenia, it had no compunction about imposing "health checks" at border crossings.

By the end of February, a border queue of freight traffic stretched back for miles. 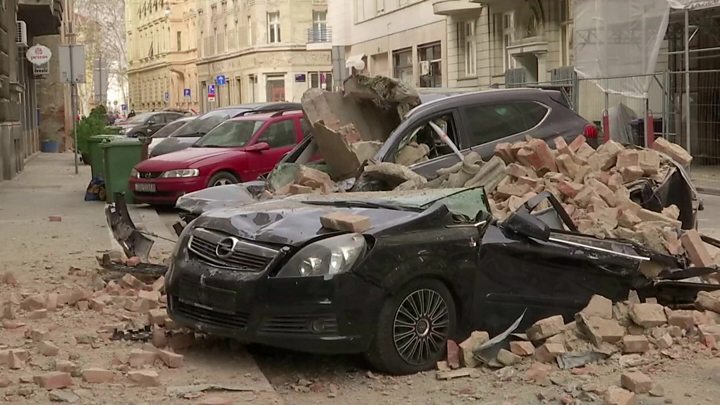 Media playback is unsupported on your device
Media captionIn the middle of the epidemic, Croatia's capital Zagreb was hit by an earthquake

Restrictions tightened rapidly. Within two weeks, arrivals from 18 countries would find themselves confined to quarantine or self-isolation if they entered Croatia.

There were internal measures to match. Most commercial and cultural activity had ceased by mid-March. And on 23 March people were confined to their neighbourhoods unless they obtained an "e-pass" to travel.

All this seems to have restricted the spread of Covid-19. Croatia's death rate currently stands at 18 per million, while Greece's stands at 13 per million.

One of the biggest challenges facing the Greek government came from the country's religious tradition. According to Greek Orthodox ritual, priests offer holy communion using the same spoon. 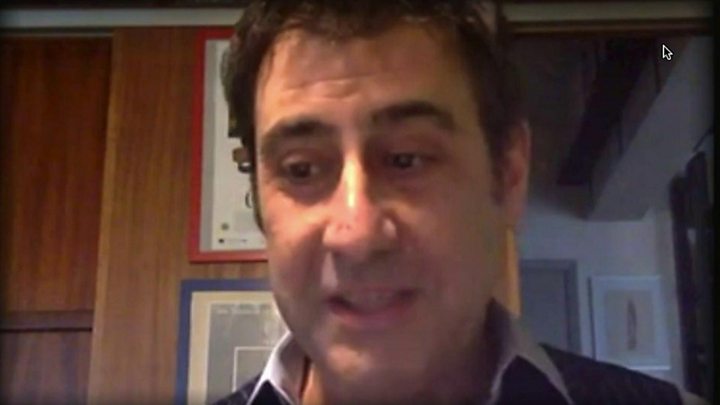 The Church of Greece's leadership insisted for days that diseases could not be contracted from communion, which represents the blood and body of Jesus. Doctors and scientists immediately called on the Church to listen to science.

The prime minister intervened with an emotional, televised speech. "Personally, in recent days I felt the need to invoke my faith in order to draw strength and stand up to the challenges," said Mr Mitsotakis. However, he said he had to "listen to scientists". "What applies to public gatherings will also apply to churches."

As a result, and with only a handful of hiccups, all church Easter liturgies took place behind closed doors.

Can they rescue summer?

Now Croatia and Greece are moving to a gradual easing of those restrictions.

For Croatia the problem is no longer how to keep foreigners out, but to bring them back in. About half of Croatia's 20 million annual visitors arrive in July and August and tourism is responsible for at least a fifth of its economic output.

Those are the crucial months for Greece's tourist industry too. This year's motto, says Tourism Minister Haris Theocharis, is that Greece is coronavirus-safe.

The Greek economy had only just begun to recover from an eight-year financial crisis when the lockdown was imposed.

Tourism accounts for approximately 25% of Greek GDP and one in five jobs, so a new crisis is looming: 65% of Greek hoteliers say bankruptcy of their business is either "likely" or "most likely", according to a study by the Hellenic Chamber of Hotels.

Greek scientists are working on health requirements for visitors, the tourism minister says. "The basic principles behind the new rules are that social distancing will be required, and that more frequent and different kinds of cleaning procedures are to be followed."

In other words, hotel staff will be tested regularly to ensure tourists and Greeks themselves are protected.

Croatia needs co-operation from its neighbours, Slovenia in particular.

Slovenians rank second only to Germans in terms of the number of nights they spend in Croatia. If you travel by road from Northern Europe you have to cross Slovenia to reach the beaches of Istria Dalmatian and the Kvarner Gulf.

The two countries' tourism ministers met in Zagreb last week to sketch out a plan to allow Slovenians to travel across Croatia's borders by the end of this month, with other nationalities following in June.

Czech travel agencies are keen to establish a "corona corridor" enabling quarantine-free travel to the coast, a plan warmly received by Croatia's prime minister, Andrej Plenkovic. A survey in Austria too has indicated that people are still hoping to bask in the Croatian sun.

With big questions over when holiday flights will resume, Greece too is initially looking for tourists who can reach the country by road.

It is currently focused on getting the EU to set common rules that would allow people to travel for holidays.

But if there is no consensus, Greece is prepared to go it alone, in order to "open up our economic activity as soon as possible and in a health-wise manner", says Mr Theocharis.

"We will first see domestic tourism, then tourists from neighbouring countries, and then middle-distance countries and long-distance ones. Travelling by road will be safer initially than flying and we'll see that kind of tourists earlier."

Traditional markets like Germany, the UK and the US may well be replaced by countries that are both closer and have not been hit hard by the pandemic.

This may seem like an odd time to be thinking about holidays. But these are both countries with tourism-reliant economies and, having acted swiftly and thoroughly, a successful summer could be seen as a fitting reward.