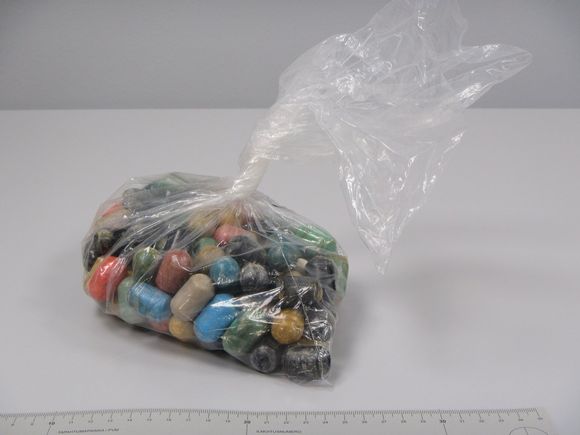 Police have concluded a pre-trial investigation into a group of smugglers they suspect of importing 13kg of cocaine into Finland from the Netherlands. Police said they seized more than 800g of cocaine during the probe.

Police suspect that the cocaine was smuggled from the Netherlands to the southern Finnish city of Tampere. The drug was mainly distributed in Tampere, but some reached the capital region, according to Chief Inspector Jari Räty of the National Bureau of Investigation (NBI).

Seventeen individuals are under suspicion of involvement in the operation, while 16 are suspected of distributing the narcotic.

Police said a Dutch citizen was detained in October after the individual was found with 833 grams of cocaine and 30,000 euros in cash. After that, police then detained a Finnish national thought to be smuggling operation's ringleader.

Authorities suspect that 16 individuals had smuggled the cocaine into the country by ingesting packages full of capsules containing the drug.

"Police suspect that the couriers transported the cocaine from the Netherlands to Finland in 21 packages [of capsules]," Räty said. "Several individuals have been detained and interrogated in the Netherlands, and house searches have also been carried out."

Authorities suspect the alleged smuggling operation took place during 2017-2018 and began looking into the matter early last year after unusual amounts of cocaine began to appear in Tampere. THL analysis of waste water samples from Tampere in 2017 and 2018 also revealed high concentrations of cocaine, Räty observed.

The NBI and the Central Finland Police Department also received assistance in their preliminary probe from Dutch law enforcement officials.

The investigation is related to another drug case in central Finland involving NHL hockey player Jori Lehterä, who was sentenced by Pirkanmaa District Court to a four-month suspended sentence for purchasing cocaine.

At the beginning of this year Lehterä was cleared of suspicion over involvement in the distribution part of the operation, and was only involved in buying and possessing the drug. His sentencing has not yet been enforced.