The Victorian Premier suffered five broken ribs and a fractured T7 vertebrae after slipping on wet stairs at a holiday home on the Mornington Peninsula, south of Melbourne, on March 9.

Dan Andrews may not be able to return to work in ten days as he continues to recover from broken ribs and a fractured spine.

The Victorian Premier suffered five broken ribs and a fractured T7 vertebrae after slipping on wet stairs at a holiday home on the Mornington Peninsula, south of Melbourne, on March 9.

He was discharged from the Alfred Hospital six days later and has made steady progress at home, but state officials fear the 48-year-old will not be well enough to resume his political duties at the end of April as planned. 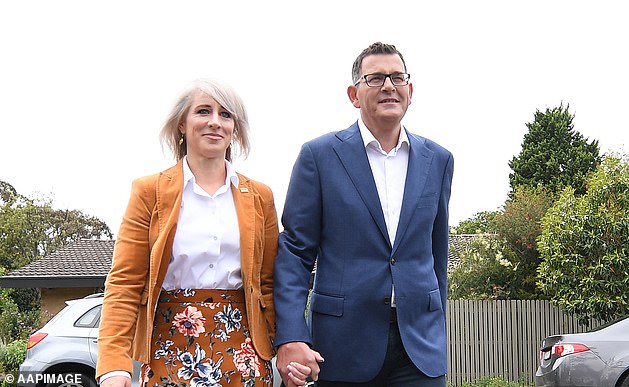 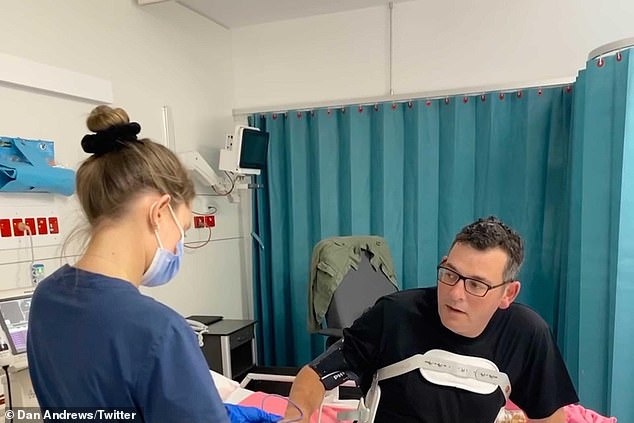 'He's very, very lucky - and that was the message from his doctors when he got discharged.'

When asked about whether Mr Andrews will return to work in ten days as planned, Mr Merlino replied: 'He'll come back when his doctors say he's able to come back.'

He added that the 48-year-old is making good progress and that doctors are happy with his recovery.

'Anyone with a severe back injury will know that the recovery is tough and everyone's different, of course, but doctors are pleased,' he said.

On April 4, the premier posted an update on Twitter and said he was finally back on his feet and able to walk for 18 minutes a day. 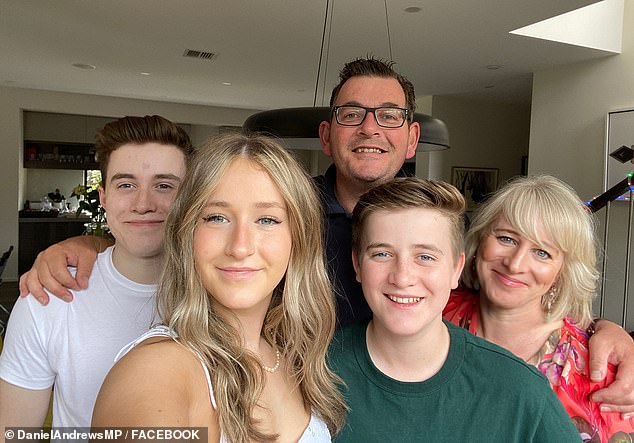 Mr Andrews (pictured, back) is undergoing his rehabilitation process at his Melbourne home

'I’m making steady progress and being diligent with my physio exercises,' he wrote.

Mr Andrews extended his gratitude to Victorians who sent him support during the Easter holidays for his ongoing recovery.

'Thanks for all your messages of support over the past couple of weeks,' he tweeted alongside a photo of a card and some chocolate eggs.

'They’ve really helped to keep my spirits up in what’s been a pretty painful time.'

After the fall, Mr Andrews rushed to hospital and transferred to a specialist trauma centre at The Alfred hospital, before announcing he would take a leave of absence.

'It's been a long, painful and difficult week,' he wrote at the time. 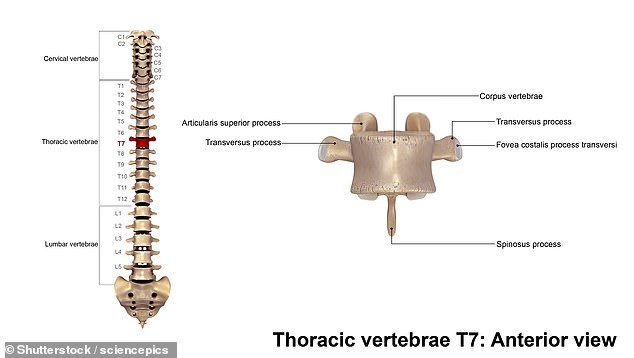 Daniel Andrews fractured his T7 vertebrae (in red), which is in the middle of the spine

'My doctors also want me to get rest and undertake a comprehensive program of physiotherapy. That's why I will take a leave of absence from my duties for at least six weeks.'

He also revealed that one doctor told him 'you are very lucky to be here in one piece' and urged him to buy a lotto ticket.

'I'm not sure about the Tattslotto ticket but I'm certain that with rest, continued high quality care and the support of family, friends, colleagues and the Victorian community, I'll be back doing the job I love as soon as possible,' Mr Andrews said.

Deputy Premier James Melino will continue to act as premier.

Mr Merlino, who has been deputy premier since 2014, sought to reassure Victorians he would be able to fill Mr Andrews' shoes for a longer period if required.

'We made a commitment back in 2014 when we first came into government to not waste a day,' he said.