First Thing: Amazon gets a pandemic profit boom, but its workers walk out

Online retailer announces first-quarter earnings of $75bn as employees stage sick-out over working conditions. Plus, life with a ‘quarantine handler’

If there’s a big winner from the coronavirus, then it’s Amazon boss, Jeff Bezos. On Thursday his online retail corporation announced revenues of $74.5bn in the first quarter of 2020, 26% higher than the same period last year and equivalent to more than $33m an hour.

Meanwhile, hundreds of workers in Amazon warehouses and Amazon-owned Whole Foods supermarkets are staging a sick-out on Friday, in protest at what they say are unsafe working conditions. An Amazon spokesperson said the company objected to “the irresponsible actions of labor groups in spreading misinformation”, while Bezos announced plans to plow $4bn into pandemic-related expenses, including personal protective equipment (PPE) and higher wages for workers. 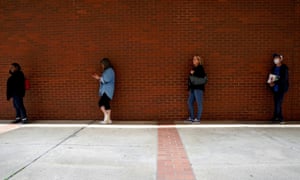 Amazon’s news came as US Labor Department data showed 30 million Americans have filed for unemployment since 21 March. That’s 18.4% of the entire working population, a level unmatched since the Great Depression.

US intelligence agencies say they agree with the scientific consensus that the coronavirus was “not manmade or genetically modified”. But Donald Trump begs to differ: on Thursday the president implied, without details, that he had seen evidence to support an unproven theory that Covid-19 originated at a virology lab in Wuhan.

Reports suggest the administration is pressurising intelligence officials to turn up proof of the theory, and analysts fear the president is looking for propaganda to prop up his attacks on China for its handling of the pandemic. On Friday, Trump will leave the White House for the first time in a month, to travel to Camp David.

Hundreds of protesters, many of them armed, tried to force their way on to the floor of the legislative chamber at Michigan’s state capitol in Lansing on Thursday, to demand an end to the state’s lockdown after the Democratic governor, Gretchen Whitmer, requested an extension of her emergency stay-at-home measures.

In California, the governor, Gavin Newsom, has closed beaches in Orange County after a backlash over pictures of crowds hitting the sand last weekend. Sam Levin asks how risky is a beach day, really?.

At least a million people have recovered from the coronavirus 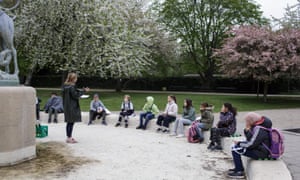 A teacher holds an outdoor class in Copenhagen, the capital of Denmark, where primary schools reopened more than two weeks ago. Photograph: Thibault Savary/AFP via Getty Images

Some better news: more than a million people worldwide are now known to have recovered from Covid-19, according to data from Johns Hopkins University. South Korean health officials said on Thursday that a flurry of apparent reinfections were in fact a result of testing faults, providing reassurance that those who recover are most likely immune to reinfection. Denmark and the Czech Republic have eased lockdowns without a fresh spike in infections.

But elsewhere in the world … 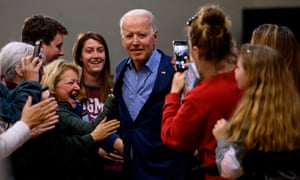 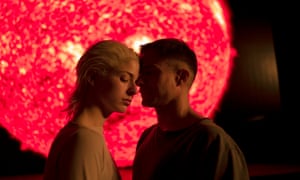 The young star of Y Tu Mamá También is now 41, and alternates between mainstream US movies and more politically charged Latin American work, such as Ema, his new film with the Chilean director Pablo Larraín. He tells Ryan Gilbey the “nirvana of acting” is “being able to go into places where you’re not sure what the hell is going to happen”.

Life in Beijing with a quarantine handler

Like many people in China, Lily Kuo has a Covid-19 quarantine “handler”: Ms Du, a mild-mannered, middle-aged local volunteer. To the outside world, China’s strict lockdown may look impressively draconian, writes Kuo. But on the ground, it feels more bumbling than intimidating.

Trump tips the scales in America’s most powerful courts

Tom McCarthy continues the Guardian’s series on Trump’s conservative takeover of the courts, by looking at how the president’s judicial appointments to three key appeals courts affect cases on issues such as voting rights and immigration.

What plague literature can teach us about life after Covid-19

Shortly before lockdown, Marcel Theroux stocked up on great works of plague literature by the likes of Defoe, Camus and Thucydides. History’s pandemics all came to an end, but what did their chroniclers say about whether they changed society for better or worse? 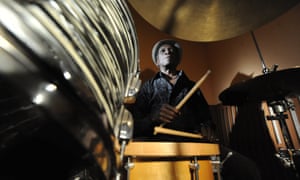 Tony Allen: ‘I try to make my drums sing and turn them into an orchestra.’ Photograph: Publicity image

Tony Allen, the Nigerian drummer credited with establishing the Afrobeat sound alongside his late bandmate Fela Kuti, has died in Paris aged 79. Stars from across the musical spectrum paid tribute on Twitter, including Flea, who called him “the greatest drummer on Earth”. In March, Allen looked back on his legendary career in an interview with the Guardian’s Robin Denselow.

First Thing is delivered to thousands of inboxes every weekday. If you’re not already signed up, subscribe now.