First Thing: Trump blames China for the pandemic - and for his poll numbers

The president says Beijing ‘will do anything’ to damage his re-election bid as he declines to extend social distancing guidelines. Plus, how a yoga teacher became ‘the patron saint of quarantine’

Donald Trump’s poll numbers have been sliding but he blames China. In an interview on Wednesday, Trump claimed China “will do anything they can” to prevent his re-election in November, suggesting Beijing’s handling of the coronavirus is part of a strategy to thwart his presidency.

Donald Trump’s poll numbers have been sliding but he blames China. In an interview on Wednesday, Trump claimed China “will do anything they can” to prevent his re-election in November, suggesting Beijing’s handling of the coronavirus is part of a strategy to thwart his presidency.

The administration, which has also pointed the finger at the World Health Organization over the pandemic, has now presented the G7 with a list of demands for reforms to the UN’s global health body before the US will agree to restore its funding.

Trump says coronavirus will be 'eradicated' as US death toll passes 60,000 – video

As the number of US deaths due to Covid-19 surpassed 60,000 on Wednesday, Jared Kushner insisted the administration’s response was “a great success story”. Trump won’t extend federal guidelines on social distancing when they expire on Thursday, leaving next steps up to states such as Georgia, where restaurants and other businesses reopened this week even as infections continue to rise.

There’s some ‘quite good news’ about a possible treatment

A new trial of the drug remdesivir in more than 1,000 severely ill Covid-19 patients around the world has shown promising signs that it could cut recovery time for the disease, and perhaps even increase the chances of survival. Dr Anthony Fauci said the results of the trial, which was sponsored by the US’s National Institute of Allergy and Infectious Diseases, were “quite good news”.

There are conflicting reports about the effectiveness of the US-developed antiviral, as Melissa Davey explains. Yet stock markets surged as news of the potential breakthrough spread. And in the absence of a vaccine, says the biologist Dr Jennifer Rohn, such treatments remain our best hope:

Although people prefer their science to be black and white, clinical reality is rarely that definitive. New therapies can fail one key trial and still go on to become a marketed drug.

South Korea has no new domestic cases of coronavirus 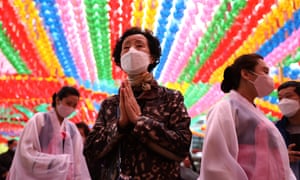 For the first time since February, South Korea has reported no new domestic cases of Covid-19, health officials in Seoul announced on Thursday. The country had just four new confirmed infections, all of them imported. Another kind of tragedy struck the city of Icheon, however, where 38 construction workers died in a warehouse blaze.

Elsewhere in the world …

Only renewables can withstand the energy shock … 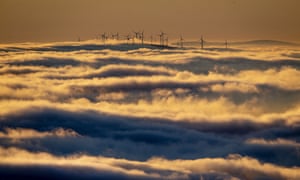 The IEA says renewable electricity will be the only source resilient to the pandemic’s effects. Photograph: Michael Probst/AP

The International Energy Agency has warned that the economic collapse in energy demand caused by the Covid-19 pandemic will wipe out demand for fossil fuels, leaving renewables as the only sources capable of withstanding the worst global energy shock since the second world war. The global energy watchdog urged governments to put clean energy at the heart of their economic stimulus packages, to help ensure a green recovery from the crisis. 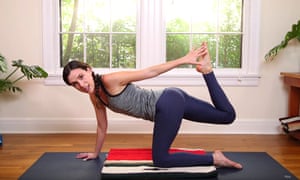 Adriene Mishler, ‘the most influential yoga teacher on the planet.’ Photograph: You Tube

The YouTube yoga star who’s the ‘patron saint of quarantine’

Texas yoga teacher Adriene Mishler was already a YouTube star before the pandemic hit, but the lockdown has catapulted her to a whole new level of fame, thanks to her home yoga classes for novices, runners, service industry workers, even writers. She has struck a chord in these anxious times, says Marisa Meltzer.

The former Screaming Trees frontman is still alive at 55, after seeing friends such as Kurt Cobain and Anthony Bourdain go too soon. Now he’s written a memoir about his early life, addiction, the Seattle grunge scene – and a scrap with Liam Gallagher. “If it’s not literature, I didn’t want to do it,” he tells Jude Rogers.

Until the pandemic hit, doomsday preppers were objects of our collective derision. But now, writes J Oliver Conroy, the rest of us might do well to learn from their example.

We’re right to be angry at the people stripping supermarkets bare and hoarding desperately needed supplies. Those people aren’t preppers, however. Preppers don’t engage in panic-buying. That’s the whole point. That’s why it is called prepping. 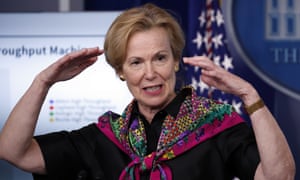 If you need a “brain break” from the dirge of Covid-19 coverage, suggests Victoria Strout, shift your focus from whatever Dr Deborah Birx is saying at the White House coronavirus briefings, to what she’s wearing around her neck. Strout is the creator of an unlikely Instagram hit, @deborahbirxscarves, a pictorial record of the White House coronavirus response director’s apparently limitless collection of fabulous silk scarves.

First Thing is delivered to thousands of inboxes every weekday. If you’re not already signed up, subscribe now.