THERE are just four weeks to go until former QPR defender Paul Parker cycles 145 miles from London to Amsterdam in aid of Prostate Cancer UK.

R’s Director of Football Les Ferdinand completed the ride in 2017 and, last year, the event raised more than £500,000 for Prostate Cancer UK.

Prostate Cancer is the most common cancer in men in the UK and one man dies from the disease every 45 minutes – which is two per football match.

Speaking earlier this year, Parker said: “Prostate cancer affects one in eight men in the UK and that stat worsens to one in four if you are a black man, which really brought things home.

“Thinking about the amount of football I've watched this year and equating that to one man dying every 45 minutes, that's shocking.”

The ex-England international knows the challenge that lies ahead of him is a tough one, but he is looking forward to it.

He said: “This will be the first time I've done anything of this magnitude. It's going to be tough, but I'm really looking forward to it, and knowing the money raised by all the riders will go towards stopping prostate cancer being a killer is all the motivation I need.”

The ride is taking place from 7th – 9th June, and you can learn more about it here. 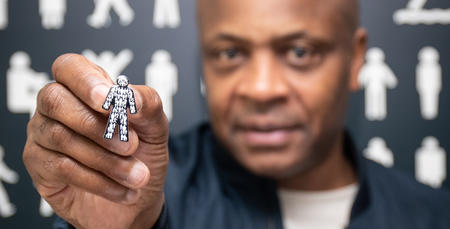