In search of tacos in Amsterdam, part 9: Flora

It was all the way back in 2013 (I can’t believe that’s six years ago already) that I started my series of posts about searching for tacos in Amsterdam… Over the intervening years, I concluded that the only tacos I really liked came from pop-ups like Orale Taqueria and Best Coast Taqueria. But this was problematic because you could never guarantee a good taco experience when you needed it. So I was thrilled to discover that the folks behind Best Coast opened their own permanent venue in the Bilderdijkpark in West: Flora. It took me a little while to get there (now that I’m an Oost dweller and still inherently lazy) but get there I did last Saturday. And I’m more than glad that I made the trek…

I was with five of my very best friends in the world, and it had been a while since we’d all been together – so spirits were high before we started. That said, spirits were even higher after a margarita and a sharing plate of nachos. The latter were freshly fried and topped with queso fresco, black beans, Mexican crema, two types of salsa – one green tomatillo and one red and smoky – as well as some raw radish, onion and coriander to garnish. The ingredients were all properly layered up, so you didn’t end up with a glut of dry tortilla chips left over at the end. Perfect for sharing between two or more people. 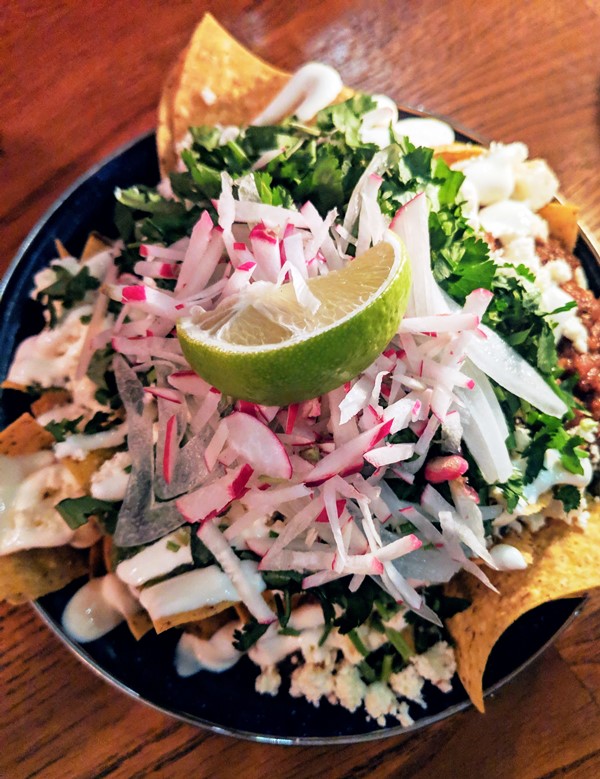 Needless to say, we ordered every variety of taco on the menu. While there were two meaty ones – spicy carnitas (pulled pork) and achiote chicken – my favourite had to be the elote tacos: filled with roasted corn and refried black beans, and topped with the most incredible sauce of nuts and chilli (the menu informs me it’s called salsa macha – I’d never heard of it but I’m desperate for more).

Flora also serves a couple of different quesadillas, so we decided to try them too (the advantage of being in a group). One was filled with kimchi, which was pretty tasty although I’m never totally convinced by the combination of cheese and kimchi. I preferred the other: stuffed with pickled cactus and topped with more cheesy, creamy goodness. All the dishes came with three salsas of varying heat and intensity (I am a huge fan of the smoky pineapple) but honestly with this much flavour going on you really don’t need to add anything extra to the dishes. 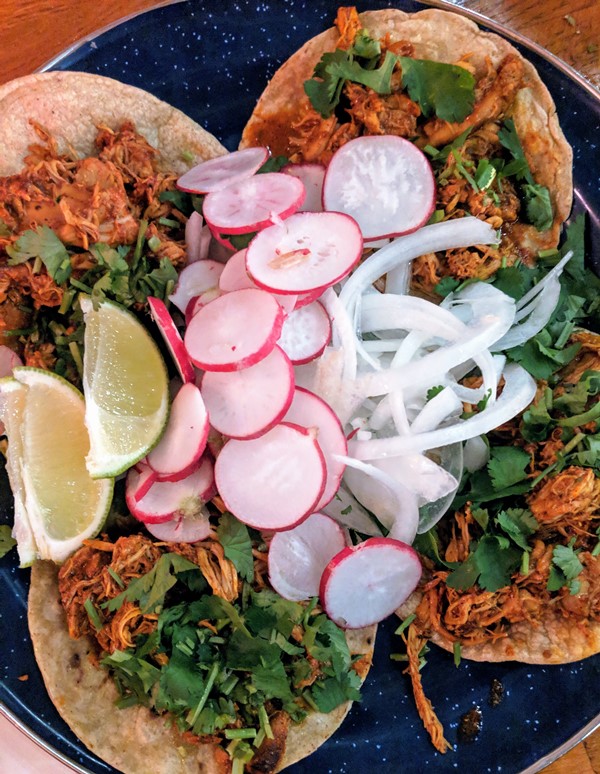 The best tacos in town!

Dinner totalled €35 each including a couple of drinks, and kept us going throughout an evening of dancing and drinking at De Nieuwe Anita just down the road. Of course, I felt my age the next morning when my hangover kicked in, but for a moment there it felt just like 2013 again… only with way better tacos.