In October 1963 Nelson Mandela and nine of his African National Congress (ANC) comrades went on trial in South Africas capital Pretoria on charges of sabotage. In what became known as the Rivonia T

In October 1963 Nelson Mandela and nine of his African National Congress (ANC) comrades went on trial in South Africas capital Pretoria on charges of sabotage. In what became known as the Rivonia Trial, they hired Bram Fischer, an Afrikaner as their senior advocate. This made Fischer an Afrikaner fighting an Afrikaner government. He was also a senior leader of the South African Communist Party (SACP). He clandestinely belonged to the underground party, which was not only banned in South Africa at the time, but as the epitome of the red peril was probably more hated than the ANC by the apartheid regime.

The Rivonia Trial could have ended as the state advocated with the men being sent to the gallows. In the end the court sentenced eight of them to life imprisonment due in no small measure to their defence teams work.

Soon after the trial Fischer was arrested for contravening the Suppression of Communism Act. In 1966 he was found guilty of violating the act and conspiring to commit sabotage he was sentenced to life imprisonment. He died on 8 May 1975.

A new film has put the spotlight again on the court case. An Act of Defiance, zones in on the Rivonia Trial. Its a timely reminder of the sacrifices, fears and dangers experienced by a group of people, across the racial spectrum, who sought to bring apartheid to an end. Understanding Fischers role is crucial to adding nuance to the countrys historical narrative, at a time when South Africas history and politics are being viewed in the starkest of narrow black-and-white terms.

Born in 1908, Bram Fischer was the son of a prominent family in the Free State colony (it later became a province of South Africa).

Brams grandfather, Abraham Fischer, served as the president of the Orange River colony. His father, Percy Fischer, became Judge President of the Orange Free State. They belonged to a community where status mattered, and given their position, Bram could easily have ascended to the highest ranks of the Afrikaner political establishment.

Its this that makes his sacrifice of the spoils of his political inheritance so significant.

At school in the late 1920s, Fischer was drawn by his mentor, historian Leo Marquard, into Bloemfonteins Joint Council of Europeans and Africans. Years later, he recounted that, at his first meeting, he was compelled, for the first time, to shake hands with a black man. Years of racial indoctrination turned it into an unsettling experience, and the moment became a turning point.

Fischer began to question his own reaction, and as he later said from the dock at his own trial,

In the years that followed, Fischers path began to diverge from that of other talented young Afrikaner nationalists. Since his teenage years, he had nurtured his secret atheism which would later be no secret at a time when the Dutch Reformed Church dominated Afrikaner lives, as it would for most of the 20th century.

As a young man

By the age of 23, he had declared his opposition to segregation. He won a Rhodes scholarship to the University of Oxford and used the opportunity not only to visit the European continent at a time when National Socialism was on the rise, but also the Soviet Union. And he had met Molly Krige, an independent, free-spirited and unconventional young woman, who would later become his wife and political partner.

In 1935, Fischer began working at the Johannesburg Bar. It was the beginning of a stellar legal career. It was also during this time, in the years before the Second World War, that he joined the Communist Party. It would draw him and Molly into the network of organisations and individuals who worked together to oppose apartheid. The Fischers home in Johannesburg became a meeting point for the leadership, and their swimming pool a place where the races could mix, in defiance of petty apartheid.

As the apartheid regime became more brutal, Bram and Mollys political involvement deepened, and they became regular targets of the Special Branch. They had to weather banning orders, and Molly imprisonment, all the while raising two daughters and a son with cystic fibrosis. Bram was being called on, more and more frequently, to defend those who fell foul of the apartheid state.

Bram and Molly could not attend the Congress of the People in 1955, as they were both banned, but Bram became a member of the defence team in the Treason Trial that followed. This would become the prequel to the trial for which he would become famous: the Rivonia Trial, at which he took on the role as leader of the defence.

The Rivonia Trial became a battle to avert a death sentence. That a sentence of life imprisonment was handed down was not only due to intense international pressure, but also due to the skills of the defence team.

But for Fischer, personal tragedy trumped whatever relief he might initially have felt. The day after the trial, Bram, Molly and a young woman named Elizabeth Lewin, drove to Cape Town. Their car was involved in an accident and plunged into a pool of water. Bram and Elizabeth survived, but Molly drowned. It was the beginning of Brams unravelling.

It was only a matter of time until the apartheid authorities, which had been biding their time, would begin to pursue Bram Fischer himself. Within a matter of weeks, he was detained and released. In September 1964, he was detained again, but allowed to leave for London to argue in an important case. Many urged him to remain in the UK, but he returned to South Africa to stand trial.

Shortly after his trial commenced, though, he skipped bail and went underground. But the isolation of being underground was akin to solitary confinement. His grief and the stress of hiding took their psychological toll. It was only a matter of time until he was recaptured.

Bram Fischer was sentenced to life imprisonment in May 1966. At his trial, he invoked his Afrikaner pedigree as a driving force for his opposition to apartheid. Fischer told the judge from the dock:

By 1974, Fischers fellow prisoners smuggled news out that he was suffering from cancer. This led to a campaign for his release, and he was finally released to his brothers house in Bloemfontein a few weeks before his death. His ashes were impounded by the state so that they couldnt be used to create a shrine for the resistance movement.

Bram Fischer has been idealised in a post-1994 context, and rightly so. He was raised in a position of privilege, but he used it to defy the injustice of the society that raised him. For this, he paid the ultimate price. 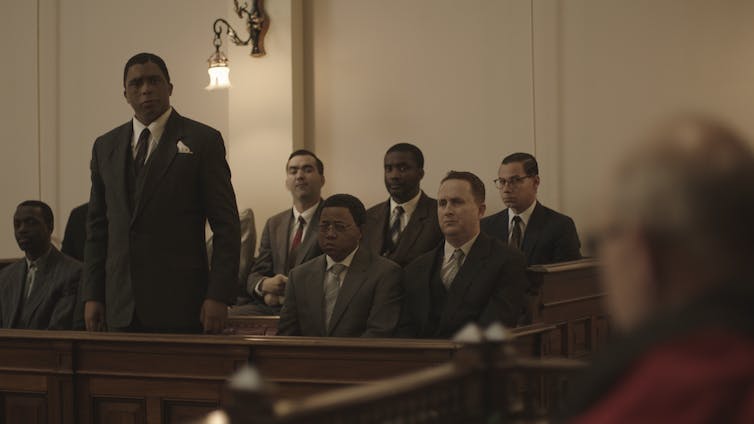