Meet some of Trump’s most conservative judicial picks

The Trump administration has appointed record numbers of judges to the federal courts, and progressive activists say some exemplify a strong conservatism that puts social protections at risk

One of Donald Trump’s central 2016 presidential campaign promises was that he would fill the courts with judges who evoked the late conservative Justice Antonin Scalia.

One of Donald Trump’s central 2016 presidential campaign promises was that he would fill the courts with judges who evoked the late conservative Justice Antonin Scalia.

In the White House Trump has delivered on this, with confirmations of more judges than any president at a comparable stage in history.

Progressive groups, as well as civil rights activists, have opposed many Trump judicial appointees, characterizing them as a decades-long conservative push to dismantle social protections – be they healthcare reforms or equality initiatives.

Lena Zwarensteyn, fair courts campaign director at The Leadership Conference on Civil and Human Rights, said the circuit court appointments were “some of the most extreme judges we’ve ever seen”.

Ho has epitomized Trump’s efforts to reshape the courts, critics say. The Taipei, Taiwan-born Texan, who graduated from Stanford University and then University of Chicago Law School, has written that the present-day government “would be unrecognizable to our Founders” and used the phrase “the moral tragedy of abortion”. He has also complained that the US constitution’s second amendment, which permits an individual to “keep and bear arms,” has been treated as a “second class right”, NPR reported him saying in legal writings. 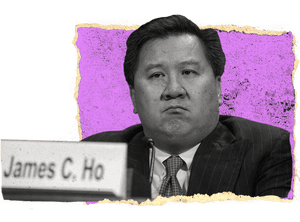 Ho, 47, was among the three judges to strike down Mississippi’s 15-week abortion ban in December, but made clear that his ruling had to be based on supreme court precedent – and was not enthused by this requirement. “Nothing in the text or original understanding of the constitution establishes a right to an abortion. Rather, what distinguishes abortion from other matters of health care policy in America – and uniquely removes abortion policy from the democratic process established by our founders – is supreme court precedent,” he wrote.

Elliot Mincberg, a senior fellow at the People For the American Way (PFAW) advocacy group, said: “Ho is among the most radical of the radical Trump judges. He makes clear his far right ideology in his decisions, and always consistency writing dissents on issues that would take law even further to the right.”

Ho’s past work includes clerking for conservative supreme court Justice Clarence Thomas and serving as Texas’ solicitor general, as well as private practice. He also worked for the Department of Justice and US Senate’s subcommittees on the constitution and immigration. Unlike some other Trump judicial appointees, the American Bar Association did rate him as “well qualified,” the Dallas Morning News reported.

Rao, a former Trump White House official, created headlines before she took the bench because she had opposed prohibitions on “dwarf tossing,” by arguing that such bans strip the much criticized contests of legal agency. She disavowed this position during her confirmation hearing, as well as past seemingly victim-blaming in writing on date rape in columns as a student such as when she wrote “a good way to avoid a potential date rape is to stay reasonably sober”.

Rao replaced Brett Kavanaugh, who despite extensive controversy during his confirmation hearing is now on the US supreme court. Her professional path has similarities to Ho.

She was a law clerk for Thomas and worked as counsel for nominations and constitutional law to the US Senate Committee on the Judiciary. In addition to private practice, she was special assistant and associate White House counsel to George W Bush. From 2006 to 2017, she taught at George Mason University’s Antonin Scalia Law School. The American Bar Association also ranked her as “well qualified,” NPR reported. 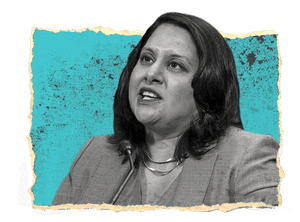 Born in Detroit, the 47-year-old judge, who was reportedly on Trump’s shortlist for the supreme court, opposed the House of Representatives’ ability to subpoena Trump’s financial records. Rao contended in her dissent that the House should have employed its impeachment power, not its legislative authority, in requesting these records.

She also wanted to thwart Democrats from obtaining grand jury testimony and materials from special counsel Robert Mueller’s investigation of Russian interference in the 2016 election. In her March dissent, Rao reportedly maintained the House Judiciary Committee didn’t have the legal grounds to request that the court enforce their subpoena.

“She is right there, on one of the nation’s most important appellate courts, in being the major consistent voice for whatever outrageous thing the Trump administration wants to do,” said Elliot Mincberg of PFAW.

Once also on Trump’s shortlist for the US supreme court, the Kansas native said in a 2-1 decision last August that a video company would likely succeed in arguing that because of the owners’ religious beliefs, it could refuse to sell services to same-sex couples – effectively creating a faith-based exemption from Minnesota anti-discrimination law. Dissenting Judge Jane Kelly pointed out that Stras’ ruling effectively gave “’affirmative constitutional protections’ to private discrimination,” which would be similar to a hotel denying “its services to an individual based on race,” PFAW notes. 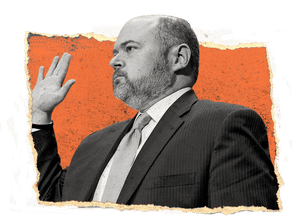 In July 2019, Stras agreed that a woman could be charged with manslaughter – for using drugs during pregnancy, if it helped prompt the death of her newborn child. Even Judge Steven Colloton, who was appointed by George W Bush and also on Trump’s supreme court shortlist, opposed this ruling, saying it set the stage for women being charged with manslaughter or assault for consuming alcohol while pregnant, if they “use chemotherapy to treat cancer,” or “negligently drive an automobile and cause an accident” resulting in harm to their as-yet unborn children.

“His record in advance certainly showed that he was very interested in dismantling the social safety net,” Mincberg said. “His decisions since coming to the bench are not only in that direction, but also go further to the right than other very conservative Republican judges.”

Stras’ ascent to the eighth circuit also marked a significant divergence from decades-long practice on how the Senate confirms presidents’ judicial picks – showing Republicans’ eagerness to greenlight Trump’s nominees. The Minnesota was confirmed despite opposition from one of his state’s two senators – a move which hasn’t happened in 30 years, the Associated Press reported.

Stras, 45, was educated in his home state, at the University of Kansas. In addition to two clerkships on federal appeals courts, he worked as a clerk for Thomas. He held various teaching and scholarly positions at law schools , according to the Federal Judicial Center. When Stras was nominated, he was an associate justice of the Minnesota state supreme court.

Branch’s involvement in recent decisions shows her efforts to undermine civil rights, advocates say. In February, the circuit rejected Alabama’s argument that people and organizations could not file suit against the state for violating the federal Voting Rights Act (VRA). Branch, 52, dissented.

She contended that people and organizations can’t sue states for VRA violations.

“The bizarre part of that dissent is that she seems to want to bar people from challenging discrmination and voter suppression because she thinks Congress used the wrong preposition in a statute,” said Michael Meltsner, the Matthews distinguished university professor of law at Northeastern University School of Law. He later said: “She’s also taken other votes that suggest pretty much the same highly conservative approach, and that’s pretty much the same situation for the other judges.”

The Atlanta-born Branch, who graduated from Davidson College and Emory University School of Law, was a law clerk in Chicago federal court and worked in private practice. Her government experience includes the US Department of Homeland Security and the White House management and budget office, in George W Bush’s administration. Prior to Branch’s federal appellate confirmation, she was a judge on Georgia’s court of appeals, her 11th circuit biography says.

Since ascending the appellate bench, Bush’s decisions have indicated a pattern of decisions that have the potential to undermine oversight and civil rights, progressive court-watchers contend. Bush, 55, and Judge Joan Larsen, who’s also a Trump appointee, upheld the dismissal of a lawsuit that involved an airline employee who was terminated after complaining to company higher-ups about safety concerns involving her supervisor.

The former employee, a technical writer whose work involved operations and maintenance manuals for pilots, claimed that she was protected from the firing despite being an “at will” worker. She cited an Ohio law that prohibits firing people if doing so is in violation of public policy. She contended that she was protected under this law, arguing that public safety was public policy, says PFAW.

In his January opinion, Bush wrote that she “failed to provide clear notice … that she was invoking a governmental policy in her complaints,” meaning her “dismissal did not jeopardize any public policy, and the facts of her case do not trigger Ohio’s public-policy exception to the at-will employment doctrine.”

In July, Bush voted to affirm the dismissal without trial of a free speech case. In that lawsuit, protesters had claimed that they were wrongfully arrested while trying to protest the Kentucky Farm Bureau for alleged discriminatory policies.

“Bush is one of the earliest judges that was put on the court by Trump and therefore he has one of the longest records – and his record is broad and deep and bad in a wide variety of cases,” Mincberg said. “It’s hard to find a single area where Bush hasn’t written a decision, or dissent, that would take the law backwards.”

Prior to Bush’s confirmation, Buzzfeed reported that he had likened abortion to slavery in a pseudonymous blog post, writing that they were the “two greatest tragedies in our country”. The Arkansas-born Bush, who graduated from Vanderbilt University and then Harvard Law School, was a clerk in the eighth circuit, and then worked in private practice in Washington DC and Louisville, Kentucky.