MLB Commissioner Rob Manfred spoke prior to Game 1 of the World Series on Tuesday and touched on the Atlanta Braves’ name and the team’s fan celebration known as "The Chop" which has been called insensitive by Native American groups.

MLB Commissioner Rob Manfred spoke prior to Game 1 of the World Series on Tuesday and touched on the Atlanta Braves’ name and the team’s fan celebration known as "The Chop" which has been called insensitive by Native American groups.

Manfred said he was pleased with how the Braves have cooperated with that community.

"The Braves have done a phenomenal job with the Native American community," he said via The Athletic. 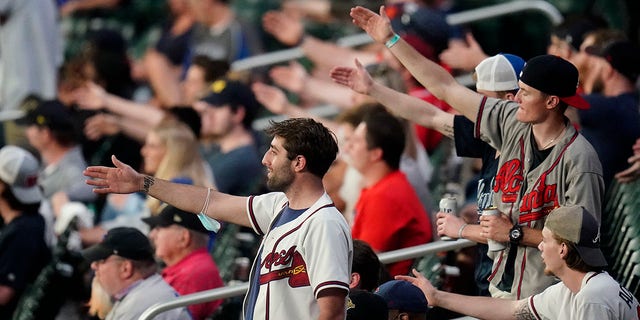 ATLANTA, GA - APRIL 27: The fans do The Chop during the Tuesday night MLB game between the Atlanta Braves and the Chicago Cubs on April 27, 2021 at Truist Park in Atlanta, Georgia.  ((Photo by David J. Griffin/Icon Sportswire via Getty Images)) 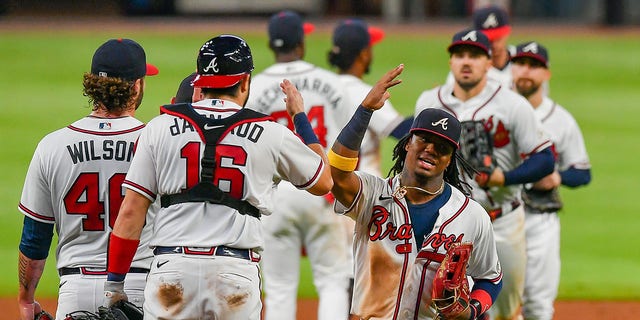 ATLANTA, GA  SEPTEMBER 09:  The Atlanta Braves players do "the chop" as they come off the field following the conclusion of the MLB game between the Miami Marlins and the Atlanta Braves on September 9th, 2020 at Truist Park in Atlanta, GA. ((Photo by Rich von Biberstein/Icon Sportswire via Getty Images))

"It’s important to understand that we have 30 markets around the country," Manfred continued. "They aren’t all the same… The Native American community in that region is wholly supportive of the Braves program, including 'The Chop.' For me, that’s kind of the end of the story. In that market, we’re taking into account the Native American community." 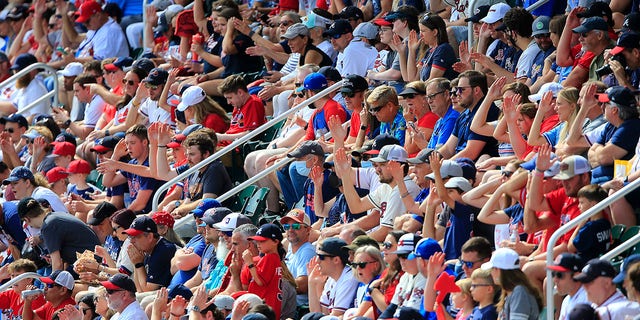 Back in July, the Cleveland Indians announced that they will be changing their name to the Guardians following the conclusion of the 2021 MLB season.

Cleveland team owner Paul Dolan said that the name is no longer acceptable. It will be interesting to see if the Braves follow suit in the near future.

Before the start of the 2020 season, the Braves removed the "Chop On" statue. The team said at the time it would not consider a name change either and look to see whether the tomahawk chop would further be permitted at Truist Park. The Atlanta Journal-Constitution noted during the home opener that fans were encouraged to do it.

"We don’t market our game on a nationwide basis. Ours is an everyday game," Manfred said. "You’ve gotta sell tickets every single day to the fans in that market. And there are all sorts of differences between the regions in terms of how the teams are marketed."