Monday: US president faces pressure from Republicans to drop court battle over election results. Plus: platypus threatened by shrinking habitat

Good morning, this is Imogen Dewey bringing you the main stories and must-reads on Monday 23 November.

Good morning, this is Imogen Dewey bringing you the main stories and must-reads on Monday 23 November.

Donald Trump faced growing pressure from Republicans on Sunday to drop his chaotic, last-ditch fight to overturn the US presidential election, as victor Joe Biden prepared to start naming his cabinet and a Pennsylvania judge compared Trump’s legal case there to “Frankenstein’s monster”. Despite Republican leadership in Washington standing behind the president’s claims that the 3 November election was stolen from him by nationwide voter fraud, other prominent figures, including two of his former national security advisers, were blunt.

Former Trump national security adviser John Bolton said that Biden would be sworn in in January and added: “The real question is how much damage Trump can do before that happens.” Bolton noted that the Trump campaign has so far lost all but two of more than 30 legal challenges in various states. “Right now Trump is throwing rocks through windows, he is the political equivalent of a street rioter,” Bolton said.

Election data shows the majority of Australian voters are in favour of pill testing, 63% agreeing it should be allowed at music festivals, and 33% of those strongly agreeing. The long-running study shows strong public support for a drug harm minimisation strategy largely shunned by governments across the country, despite high-profile cases of deaths. Researchers say this lack of political action on the public’s wishes is a “puzzle”, but suggest the answer may be “the strongly political dimension to the debate” – there were, indeed, significant variations in views on the issue across the various political parties.

A US vaccine expert says if Covid immunisation plans go smoothly, life could be back to normal around May – at least in America. Though agencies say state-sponsored hackers from China, Russia, Iran and North Korea are engaged in concerted attempts to steal vaccine secrets in what security experts describe as “an intellectual property war”. Donald Trump appears to have backtracked on election campaign comments to admit that coronavirus is “running wild”, as a Texas county resorts to using prison inmates to move bodies into morgues. 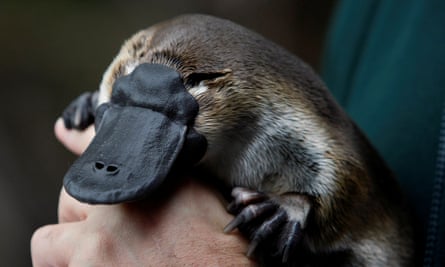 A new report finds platypus habitat has shrunk by almost three times the size of Tasmania since 1990. Photograph: Mick Tsikas/Reuters

Australia’s platypus habitat has shrunk 22% in 30 years, new research says. Scientists and conservationists say the mammal should now be officially listed as a nationally threatened species.

Victorians can now cross the New South Wales border and no longer have to wear masks outside; rules on indoor gatherings are also relaxed today. Next door, South Australia’s opposition is calling for a halt to the hotel quarantine system until better checks can be put in place.

Victoria police have refused to reveal how many young people are being tracked using a secretive data tool that predicts the risk they will commit crime. Police say it is not being widely used, amid fears it leads to young people from culturally diverse backgrounds being disproportionately targeted.

Trade minister Simon Birmingham has demanded China explain why Australia has been singled out on trade restrictions as other nations maintain relations despite their differences and a stalemate continues with our largest trading partner.

The Australian defence force chief, General Angus Campbell, says he accepts officers and more senior commanders bear some of the responsibility for the handling of alleged war crimes by special forces in Afghanistan. 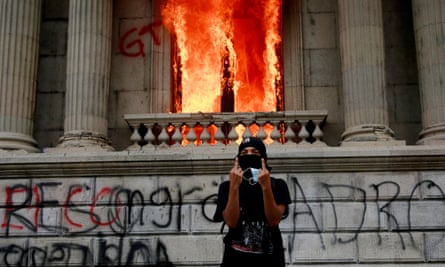 A demonstrator gestures outside the congress building in Guatemala City during clashes between police and protesters. Photograph: Esteban Biba/EPA

Hundreds of protesters broke into Guatemala’s congress and burned part of the building amid growing demonstrations against President Alejandro Giammattei over budget cuts to health and education.

Nicolas Sarkozy, the former French president, will make history on Monday when he appears in court accused of corruption and influence peddling.

The UK should not accept a deal with the EU “at any price”, chancellor Rishi Sunak has said, insisting that the coronavirus pandemic posed a greater threat to the UK economy than Brexit.

Forest officials in India’s southern Tamil Nadu state worked for more than 12 hours to free an elephant trapped in a well, finally using a crane to pull the animal free. 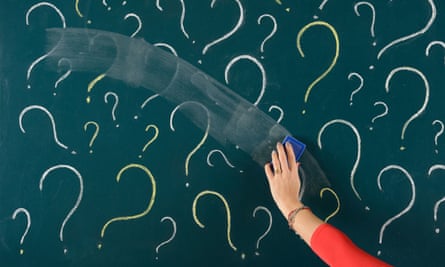 ‘Being childless was not the choice; not being with the wrong man was.’ Photograph: Lisa-Blue/Getty Images/iStockphoto

“I’m in my 40s, please stop asking me why I don’t have children.” In this interview, one woman bluntly lays out the emotional toll of this probing question, and – politely – asks those who keep asking it to lay off. “Happiness comes in many forms,” she says. “I have worked hard to not care what other people think of me but some people assume that I still live like a 20-year-old when I’m in my 40s. I’m not out clubbing every week or drinking excessively or sleeping around. I have responsibilities like anyone else. They just don’t involve children.”

Lockdown videos of comedian Sarah Cooper lip-syncing Donald Trump made her a Twitter sensation. Now she’s working with the likes of Helen Mirren and Whoopi Goldberg. “I hate him so much,” Cooper tells Sophie Heawood on a video call from New York. “But he has provided my greatest material.” She’s not worried about the president coming after her: “I feel that Trump has bigger fish to fry than Sarah Cooper. I think he has got stuff on his plate.” If he’d won, on the other hand …

The beheading of French schoolteacher Samuel Paty, who had shown his class cartoons of the prophet Muhammad during a lesson on free speech, has rekindled a long-running debate in France. In this episode of Full Story, the Guardian’s Europe correspondent, Jon Henley, discusses President Emmanuel Macron’s swift and incendiary response to the murder – as writer and journalist Nabila Ramdani reiterates that any debate in France about radicalisation must recognise the appalling living conditions and life chances of the many French citizens from immigrant backgrounds.

Full Story is Guardian Australia’s daily news podcast. Subscribe for free on Apple Podcasts, Spotify or any other podcasting app.

The most telling image in the Wallabies’ disappointing draw with Argentina in Newcastle was not of something that occurred on the field, but in the Pumas’ coaching box, where Michael Cheika was spotted in his new role as coaching consultant. Under new coach Dave Rennie, the Wallabies have moved away from Cheika’s signature ball-in-hand style of play, but some of the flaws of the previous regime are still apparent.

A decision on the Australian Open can be expected within the next two weeks, after speculation that the tournament could be put back to February or even April dominated the penultimate day of the 2020 tennis season.

Consumer rights advocacy groups have slammed proposed changes to responsible lending laws, reports the AFR, calling them “the most short-sighted, poorly thought out credit or financial services policy proposed by a government in recent memory”. The SMH reports that an audit of NSW public schools in bushfire-affected areas has found more than half face a medium or high risk in a future fire. And according to the Australian, a senior Labor powerbroker plans to “reset the party’s approach to coal and gas“ in a speech later on.

The parliamentary inquiry into Victoria’s contact tracing system is due to resume public hearings.

Melbourne fashion week starts today, running until 29 November with a mix of online and in-person events.

Hollywood is now rallying its support for an actor who posted a video of an excruciatingly awkward Zoom encounter he had with a director who witheringly criticised his “tiny apartment” without realising he hadn’t muted his microphone. The identity of said director is unknown, at least until someone works out how to trace one British accent’s pronunciation of “I’m mortified”.