Melody Radford, from the Gold Coast, addressed indigenous Australians in a video posted to TikTok on Wednesday. Ms Radford said she had some 'questions' based on her experiences.

A mother-of-four has been slammed for asking if 'all Aboriginals hate white people' and saying they should 'just move on' from the past.

In the video, Ms Radford said growing up she witnessed Aboriginal people being aggressive to white people and asked when the hostility would end.

'So I grew up around a lot of you and I saw nothing but hate towards white people, like white people getting bashed and all that sort of stuff,' she says. 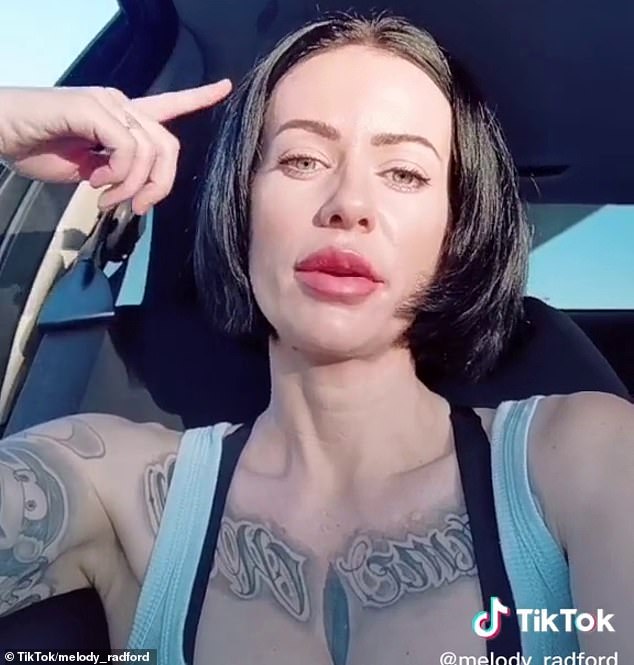 Melody Radford, from the Gold Coast, (pictured) took to TikTok this week with questions addressed at Aboriginal people

'And I get the whole past thing, I know that, but when are we going to move on?'

'My question to you is do you guys like really hate us? And like how many of you hate us? I'm just curious.'

Many were outraged by how dismissive Ms Radford seemed to be of the hardships indigenous Australians have endured since British colonisation in 1788, including widespread massacres and children being ripped away from their parents under assimilation policies.

''When are we going to move on from that?" Girl, that statement shows why there is hate,' one person wrote.

'There are white people alive today who stole kids from their parents.. This only ended a few decades ago. It is not like it ended in the 1800s,' another added.

'Damn this is tone deaf,' someone else commented.

Some said she was pigeonholing all indigenous people, with one saying they grew up in a community with a high Aboriginal population and 'got nothing but love'.

But others felt her question was justified.

'Fair enough question. If we keep going we'll end up like America. We need to come together,' wrote one. 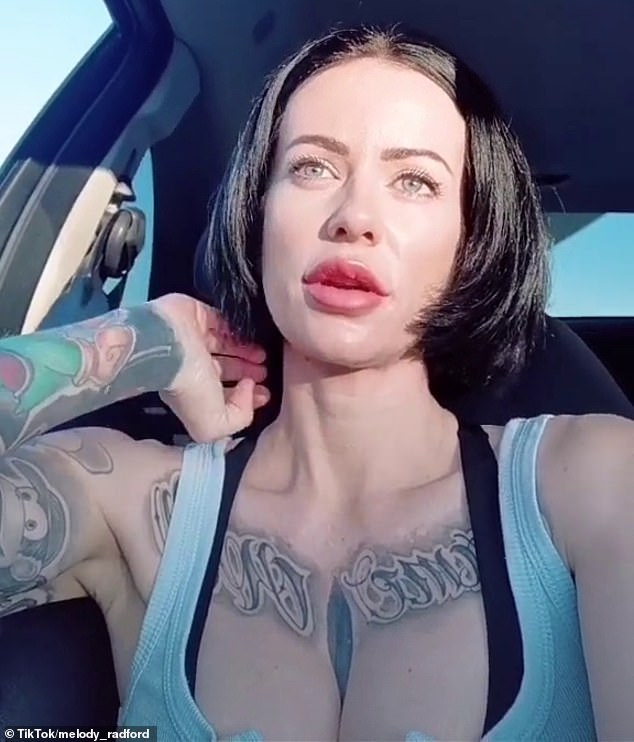 Ms Radford said: 'I get the whole past thing, I know that, but when are we going to move on?'

'You can't blame Australians today when they had nothing to do with it, so why go and hate them?' a second said.

But indigenous Australians were quick to point out how systemic racism still impacts them today.

'You get benefits, fast pass to get jobs, medical help focused higher than the rest. You want to talk about being treated with high respect? Okay,' one person responded.

'The question is how many of you hate us. We are standing up for ourselves,' another said.

Australian history has been plagued by the brutal mistreatment of Aboriginal people since the dawn of colonisation.

During settlement, Aboriginal people were displaced as their land was seized by the English empire to home convicts.

More than 100,000 indigenous people are estimated to have been killed from colonial clashes, while tens of thousands of others were wiped out by introduced diseases.

Between 1910 to 1970, government policies saw Aboriginal children forcibly removed from their homes in an attempt to 'assimilate' them into white culture, prompting former Prime Minister Kevin Rudd to issue an apology in 2008 to the stolen generations.