A group of rowdy men have been spotted riding horses down Haldon Street in Lakemba, in Sydney's southwest.

A group of rowdy men have raised eyebrows after they were spotted riding horses down a busy thoroughfare in Sydney.

Footage posted online shows at least six men trotting their steeds down Haldon Street in Lakemba, weaving in and out of gridlock traffic.

'What the f**k,' the man filming says, as the riders suddenly appear from around a corner and begin heading towards him.

The equestrians narrowly steer around the vehicles before forming a line on the narrow pavement between the cars and the kerb. 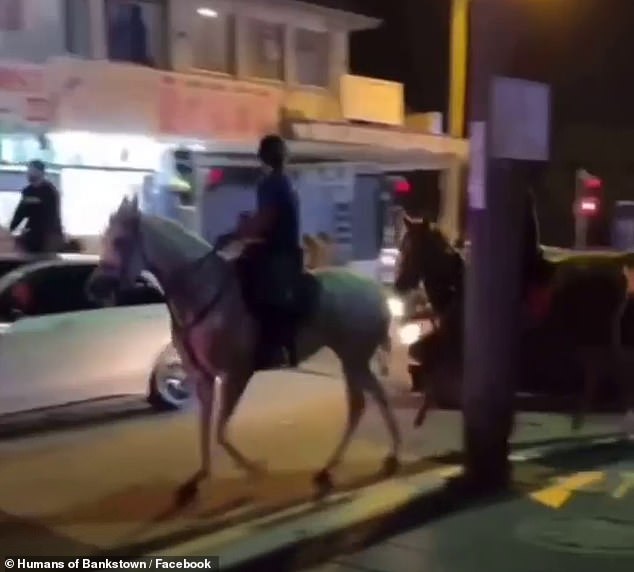 One horse decides to continue down the footpath, becoming unbalanced as its hooves slip on the tiles.

The mammal quickly regains its balance and shakes its head, before charging over to a pedestrian for a closer inspection.

But the horse's curious nature is unsettling for the man who immediately lunges a few steps back.

The men filming can be heard laughing as the larrikins continue galloping down the street.

In NSW horses are considered vehicles and have the same rights and responsibilities as other drivers, motorcyclists and bicycle riders, but some special rules also apply.

Unless overtaking, equestrians can only ride two ride abreast, as long as they are within 1.5 metres of each other.

Riding on the footpath is only permitted under special circumstances and riders are are required to wear a helmet.

A NSW Police spokesperson told Daily Mail Australia they are aware of the incident and have received a number of calls from members of the public over the past couple of weeks in relation to men riding through the area on horses.

The matter is currently being investigated by the Campsie Police area command and anyone with information is urged to contact police. 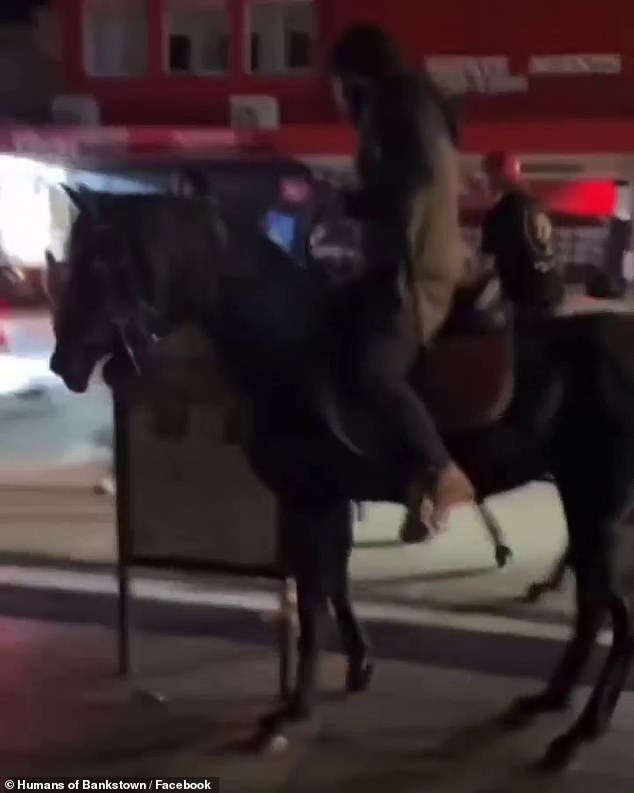