A police officer will undergo facial surgery after a man allegedly incited his dog to savagely attack the sergeant during a call out in Sydney overnight.

A police officer will undergo facial surgery after a man allegedly incited his dog to savagely attack the sergeant during a call out in Sydney overnight.

Police were called to an address in Georges Hall, near Bankstown in the city's west, about 1:30am on Sunday following reports of a domestic-related incident.

A 52-year-old man had barricaded himself inside the garage with a dog, which escaped on to the street when the man was arrested. 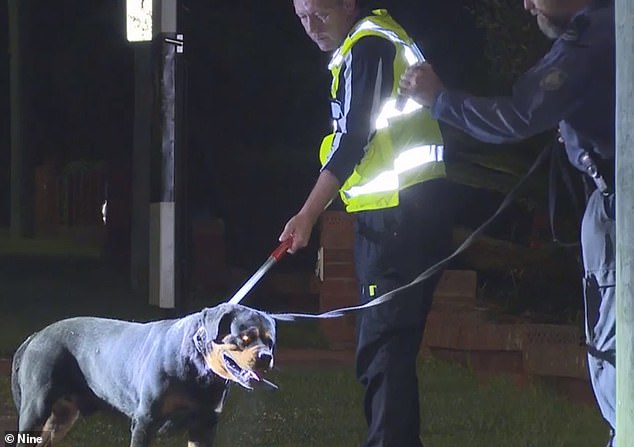 A policeman has suffered horrific facial injuries after being mauled by a rottweiler (pictured) during a dramatic arrest. Police allege the man commanded his dog to attack after arrest

The dog was recaptured by a woman at the home, but mauled the officer on the face as he spoke to her.

Police will allege the man verbally abused officers, and commanded the dog to attack.

He has been charged with a string of offences including common assault (DV), and two counts of setting on or urging a dog to attack or bite.

The officer sustained serious facial injuries and was treated by paramedics, before being taken to Liverpool Hospital where he awaits surgery.

The dog was seized by council at the scene.

The policeman sustained facial injuries and is currently preparing for surgery at Liverpool Hospital in a stable condition.

The man was taken to Bankstown Police Station and charged with common assault (DV), two counts of urging a dog to attack, bite, resist officer in execution of duty, and use of an offensive weapon with intent to commit indictable offence.

He has been refused bail and will appear at Parramatta Bail Court today. 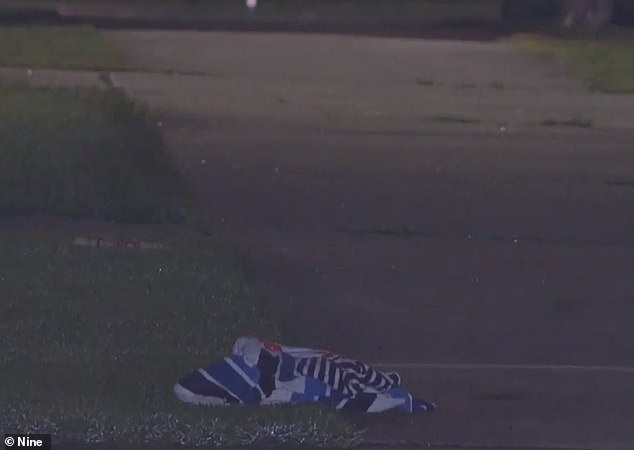 Police will allege the man verbally abused officers, and commanded the dog to attack (a bloodied towel is pictured at the scene)

Rottweilers were involved in 41 of the attacks, while American Staffordshire Terrier's accounted for the majority, with 152 reported attacks.

Most of the reported dog attacks involved two dogs, with 559 incidents, followed by dog attacks with an adult, with 495 incidents.

The Sydney suburb of Georges Hall falls under the Canterbury-Bankstown Council, which reported 48,764 micro chipped dogs in the area.

The total number of people attacked by dogs during this period was 15, with 12 reported incidents of a dog attack with another animal. 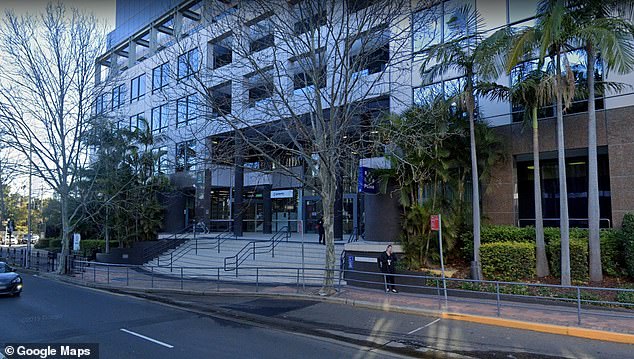