Angelica Cardona, with a microphone in her hand, stands among a group of candidates. Her voice reverberates firmly from the stage: “The art of weaving forms part of our Mayan identity. Nowadays, however, cheap printed fabrics are replacing our ancestral hand-woven textiles. This is how capitalism is killing our culture and preventing us from putting our heart in each artisanal piece we produce.” Her last words sound like a cry of protest. Seems rather like a leftwing party’s rally than a beauty pageant, doesn’t it? Well, indigenous queen elections are not typical beauty contests.

Angelica Cardona, with a microphone in her hand, stands among a group of candidates. Her voice reverberates firmly from the stage: “The art of weaving forms part of our Mayan identity. Nowadays, however, cheap printed fabrics are replacing our ancestral hand-woven textiles. This is how capitalism is killing our culture and preventing us from putting our heart in each artisanal piece we produce.” Her last words sound like a cry of protest. Seems rather like a leftwing party’s rally than a beauty pageant, doesn’t it? Well, indigenous queen elections are not typical beauty contests. 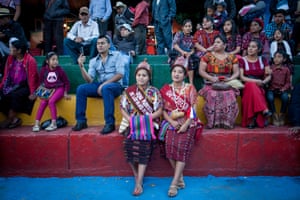 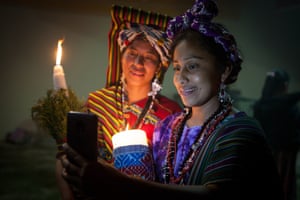 They may at first seem similar to Miss Universe events but differ from them in many ways. There are crowns awarded to the winners, but adorned with Maya glyphs and symbols rather than glitzy jewels. There are teenage candidates boasting their best dresses, but made of hand-woven cloth with patterns characteristic to their villages rather than silk or satin. And there is a jury, but its decision is based on the candidates’ knowledge of indigenous culture and the ability to give a powerful and meaningful speech rather than their physical beauty or measurements.

Angelica’s speech, given both in Spanish and her indigenous Mam language, one of about 20 Maya languages used in Guatemala, must have impressed the jury as she is awarded second place. The election in La Económica Carranza, on the outskirts of Guatemala City, is one of more than 1,000 events of this kind. They are held each year in cities and towns, villages and schools across Guatemala, wherever a substantial Maya community is present (and the Maya form at least 40% of Guatemalan society). Candidates usually compete a few days or weeks before the annual fiesta, so that the newly elected queen can show off her crown during the celebrations. 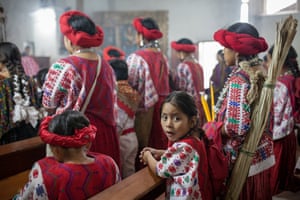 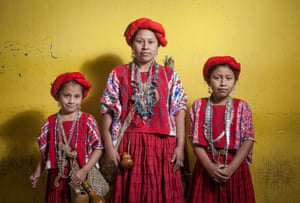 Originally this was her only task. First contests were organised as early as in the 1920s and their winners were supposed to adorn a parade at a local festivity. Reinas indígenas, as they are called in Guatemala, still do that but their status has changed substantially. Nowadays they are regarded as ambassadors of their communities. They visit other towns during their elections and represent their own community’s attire and traditions. They often give speeches on subjects such as women’s rights or discrimination. And they are expected to work for their community – in many different ways. 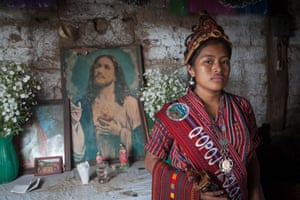 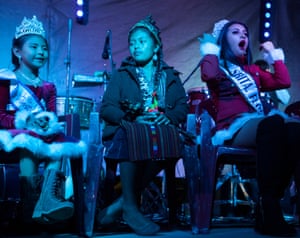 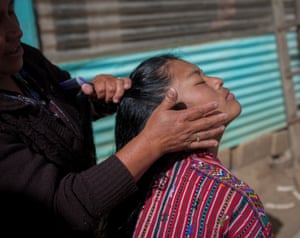 “Once I got invited to a neighbour’s family celebration. He asked me to give a speech to his daughters and cousins, encouraging them to stay at school and warning against teenage pregnancies,” recalls Lily Ixkotz’ij Saloj, 2017-2018 queen of the village of Chaquijyá and Sololá municipality. Odethy Tzep, 2017-2018 queen of Chuachinup, organised literacy classes for children and workshops for adult women on the subject of domestic violence, which affects many communities.

Sara Elisabeth Mesia from Santiago Atitlán made recordings for a local TV station to raise awareness of growing pollution of the local lake, which is vital for its subsistence and tourism-based economy. And Marily López, queen of Huehuetenango department, is preparing a huge billboard to show the ethnic diversity of her region, where as many as nine indigenous languages are spoken. “Maya people still suffer from racist comments and attitudes here, especially in the capital of the department,” she admits. And that is something she hopes to change. 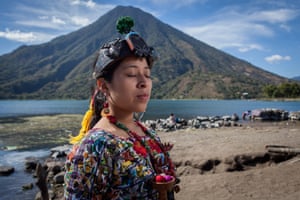 The position of reinas indígenas is, however, not free of contradictions. They are expected to represent their communities, yet get hardly any support from local authorities. Most of them don’t receive a single quetzal to cover the expenses of travelling to other towns. They have to rely on their families’ support. Little wonder, then, that parents are sometimes reluctant when their daughters receive an invitation to take part in the election. “At first my mother was worried,” recalls Sara Elisabeth Mesia, who had to give up her job in a restaurant in order to be a queen. Working, studying and serving her community at the same time was simply too much to handle. “But now she is so proud of me. And keeps saying that we will handle that somehow.” 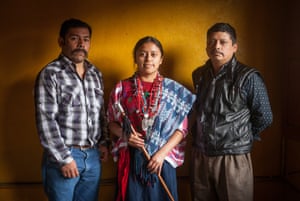 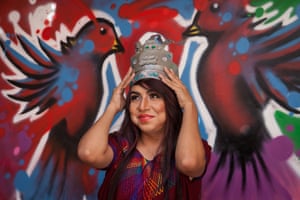 Similar feelings prevail in most families. Being a queen may be a burden, but is also a once-in-a-lifetime experience. In conservative, patriarchal communities few young women get an opportunity to travel around the country or have their voice heard in public. This is something Matías Saloj – father of Lily Ixkotz’ij, 2017-2018 queen of Chaquijyá and Sololá municipality – is really proud of, even if his family had to make sacrificess. Matías says that they had to give up a part of their cornfield to accommodate all the guests of the fiesta at the end of Lily’s term. “We managed that”, he says firmly. “And my daughter could come up to the stage and claim with her head held high: Chaquijyá, mission accomplished!” 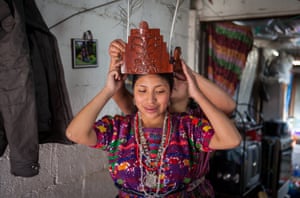 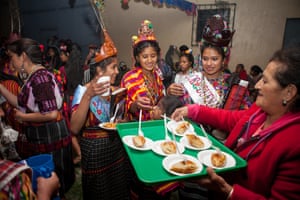 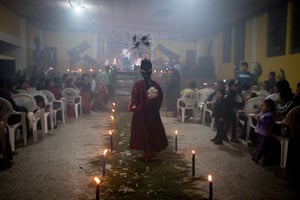