Wednesday marked one year since an explosion in the port of Beirut killed more than 200 people.

Tear gas rains from the rooftops in Beirut as Lebanese security forces push back protesters from the parliament.

"The people demand the fall of immunities!" some chant as others run for cover.

Wednesday marked one year since an explosion in the port of Beirut killed more than 200 people. 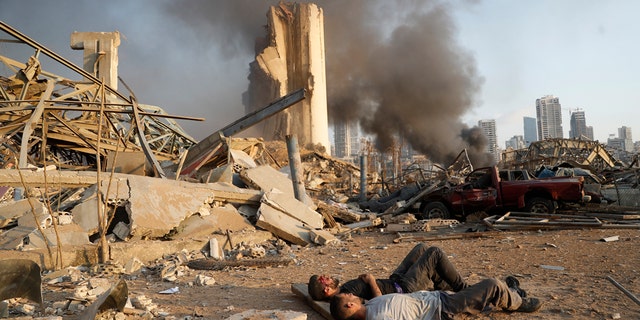 Two injured men lie on the ground, waiting for help at the explosion scene that hit the seaport, in Beirut Lebanon, Tuesday, Aug. 4, 2020. (AP Photo/Hussein Malla)

Thousands gathered at the site of the blast to pay their respects before marching through the city, calling for the parliament to be dissolved and laws to be suspended that protect top government officials.

"We are strong, we are united and we are here to work against any decision that might stop the justice," protest organizer Charbel Chaaya told Fox News. 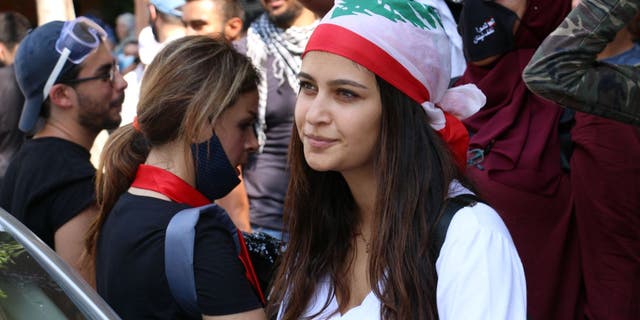 Thousands gathered at the site of the blast to pay their respects before marching through the city, calling for the parliament to be dissolved and laws to be suspended that protect top government officials. (Fox News)

So far, ministers and key security have avoided prosecution for the disaster last summer that saw hundreds of tons of ammonium nitrate catch fire and explode. The blast was one of the largest non-nuclear explosions in human history.

Demonstrators said this tragedy was another example of government mismanagement and corruption that has plagued Lebanon for decades. They want the parliament dissolved, laws that protect government leadership suspended and new elections. 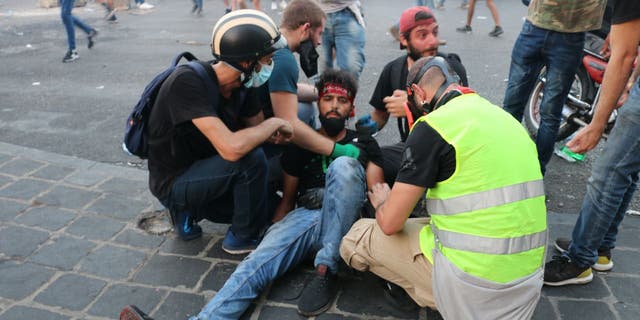 Protesters tend to a man injured during demonstrations on the anniversary of a massive explosion in Beirut.

The consequences of actions like hiking central bank interest rates and diverting money to political parties are now playing out on the lives of civilians.

Within minutes of arriving in Beirut, one can sense the city is on edge. The traffic lights and street lamps don’t work. There are lines of cars at the gas stations. The pharmacies are largely out of medicine. 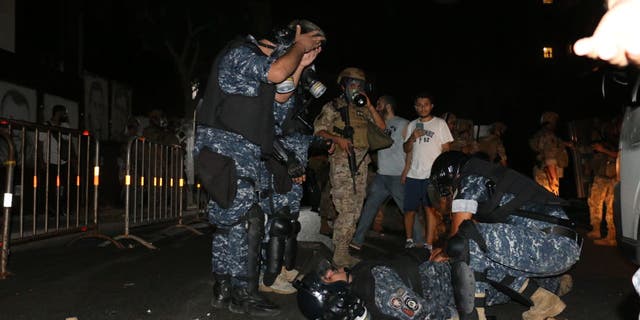 An injured security officer during demonstrations on the anniversary of a massive explosion in Beirut. (Fox News)

From business owners to doctors to students, people are leaving the country if they can. Those who stay can’t see how Lebanon will recover.

Michael Shebli owns a hotel in downtown Beirut. He spoke to Fox News days after the explosion. At the time he pledged to rebuild, but said he had a lot of anger inside of him. Now, with no political solution on the horizon, Michael said conditions have only gotten worse. 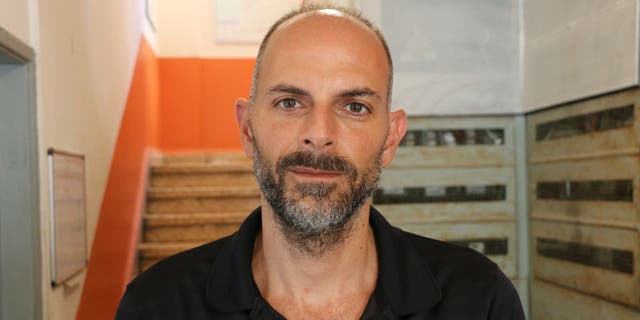 Hotel owner Michael Shebli once pledged to rebuild, but said conditions have gotten worse in the year since the explosion. (Fox News)

Psychological distress from the blast still affects around half of Beirut’s adult population, according to the United Nations. For most, there isn’t time or money to tend to mental health. People are in survival mode.

"After what happened one year ago, I have no fear. Honestly," Shebli said. "Literally, if someone comes and shoots me now or they torture me. Whatever it is, it doesn’t make a difference."