Fashion is canceled—or at least it feels that way, what with next month’s destination resort shows no longer happening, June’s men’s collections either postponed or strictly digital, and the likelihood of IRL September shows receding as self-isolation regulations keep extending. Enter Ronald van der Kemp. The sustainability-minded Dutch designer won’t be making his semi-annual trip to Paris with his couture collection in July—those shows have been canceled too—but he’s not been sitting idly in Amsterdam.

In lockdown, van der Kemp has been hand-making face masks. Not substitute N95s, though the designers and brands doing that work are to be commended, but couture masks as inventive and otherworldly as the dresses he designs. Tonight, at Amsterdam’s Hotel De L’Europe, van der Kemp staged an equally inspired fashion happening to showcase the masks and raise awareness about their upcoming exhibition and auction: The proceeds will be going to Refugee Company, which is opening a factory in the Netherlands to produce surgical masks made by refugees. 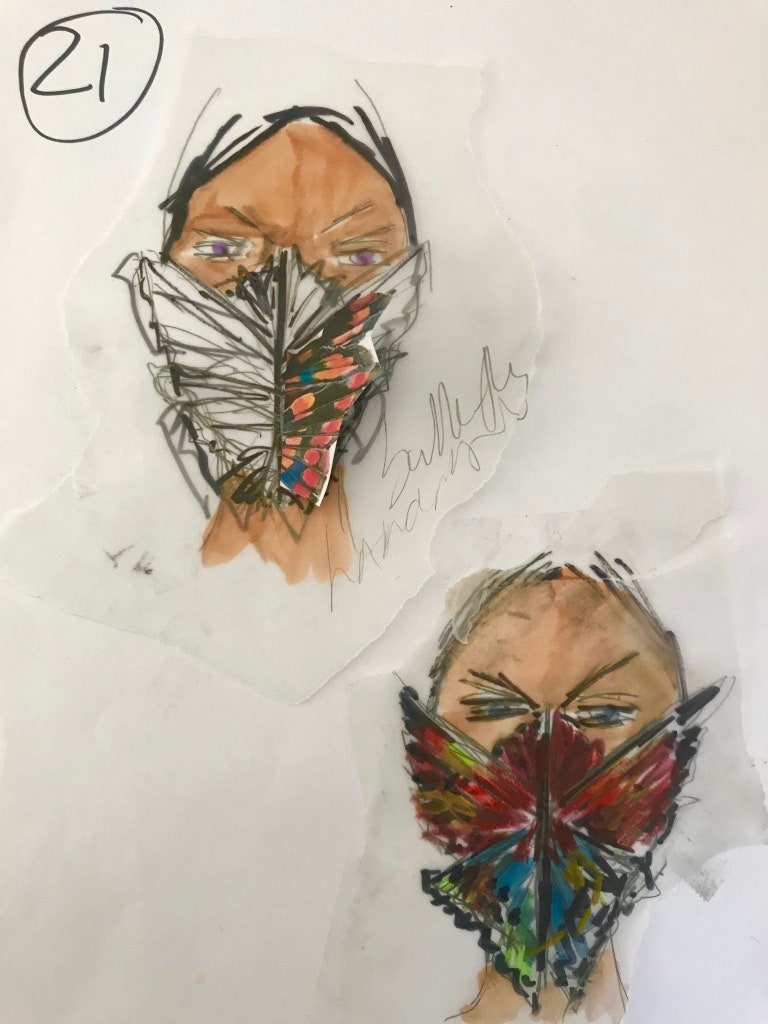 Van der Kemp was spurred to action by a sense of inertia. Over a FaceTime call, he explained the impetus for the project. “Suddenly we’re all in this quietness,” he began. “The moment everything lets loose, we’ll see people scramble to go back to the way it was, but I feel we should go to a ‘new’ normal. If we can take a step back and surrender to this virus, something positive can come out of it.” The notion of surrender inspired the white flags that the mask-wearing models in his “army of love” wave from their individual hotel windows in the group picture, above. “The white flag stands also for a black sheet of paper,” he said. “What do you want to change? It’s just my plea for everyone to make things better.”

Organizing an activation of this kind amidst the COVID-19 pandemic was no easy task, but van der Kemp had the assistance of Amsterdam Fashion Week and together they managed to go from concept to showtime in three-and-a-half weeks. It was one model to a room tonight, with individualized hair and makeup kits taking the place of hair and makeup artists. The Ronald van der Kemp dresses and masks came with instructions, and only if a corset proved too complicated to lace or a zipper too out of reach to pull did the designer and his model dressers step in, wearing protective suits, gloves, and masks, of course. 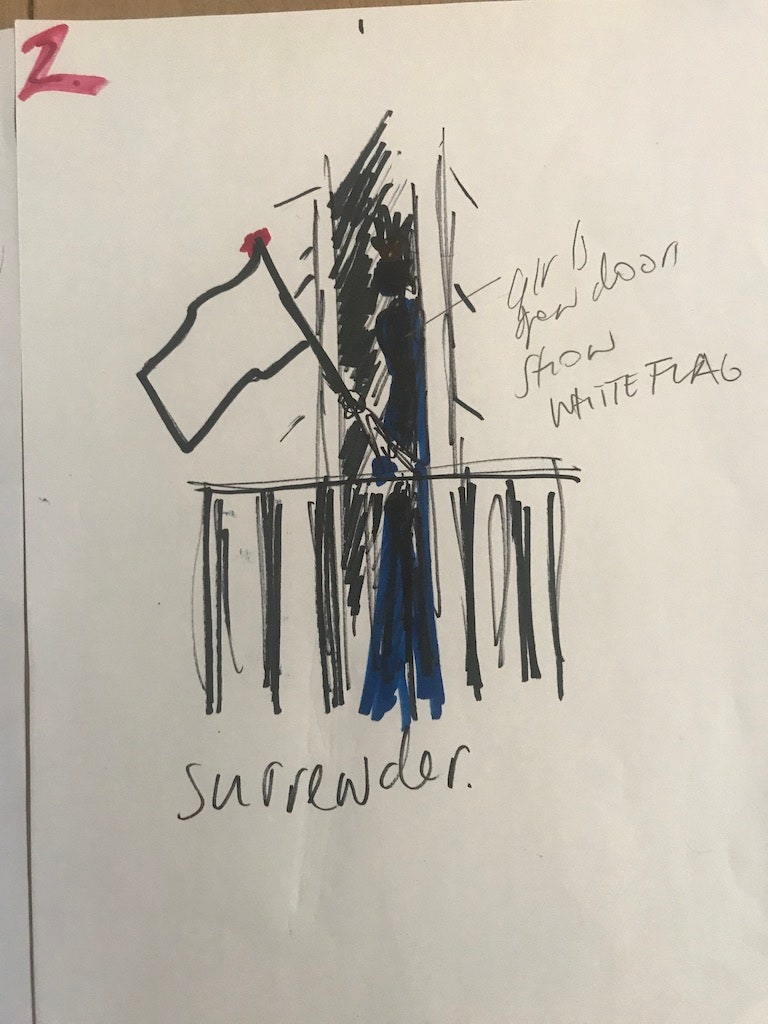 “In Holland we have an expression, ‘it’s five to 12:00,’ time’s running out,” van der Kemp explained. “What is really important is that we slow down, we have to be inventive. Clothes should be made with love and attention to detail, and not rushed out in a formulaic way to just fill in your blanks.” He continued: “Fashion shows have become marketing tools, I want to be creative. I didn’t make any new clothes for this; it’s five years of fashion that I’m putting in a different context.” With large in-person gatherings out of the question for the foreseeable future, van der Kemp and his “army of love” have given the industry a lot to consider about the future of fashion shows and responsible design. Should the one exist without the other?