Space oddity: song rejected by Kubrick for 2001 released after 52 years

Stanley Kubrick asked a young publicist to write a track for his movie, but didn’t use it. Now we can all hear it

Stanley Kubrick’s enigmatic film 2001: A Space Odyssey has posed a puzzle from the first. The unsettling story of a manned space journey to Jupiter, it continues to intrigue audiences 50 years after its release.

But now, thanks to a small British record label, a “lost” original song, commissioned especially for the film but never used, is winning admiration from fans for the way it catches the flavour of a cinematic one-off.

Stanley Kubrick’s enigmatic film 2001: A Space Odyssey has posed a puzzle from the first. The unsettling story of a manned space journey to Jupiter, it continues to intrigue audiences 50 years after its release.

But now, thanks to a small British record label, a “lost” original song, commissioned especially for the film but never used, is winning admiration from fans for the way it catches the flavour of a cinematic one-off.

“I gave the song what I believe is its first airplay on my Scala Radio show a few weeks back,” said Mark Kermode, the Observer’s film critic. “Audience reaction was utterly polarised, but I have the suspicion it will become a cult favourite. It is very ear-wormy.”

Speaking to the Observer from California, the song’s composer, Mike Kaplan, a film-industry veteran and Kubrick’s former long-time publicist, said he is astonished to find a piece of music he put his heart into all those years ago is belatedly gaining airtime following its release as a single a few weeks ago by Bristol-based Wave Theory Records. 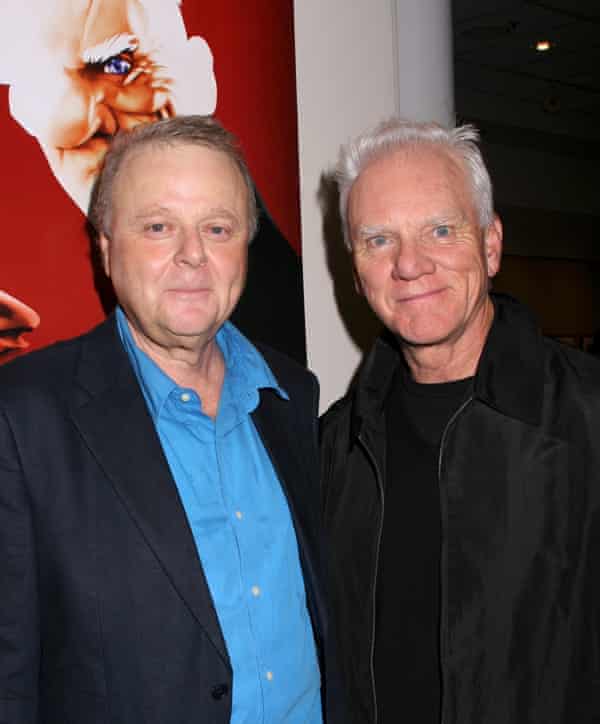 Mike Kaplan, who wrote the ‘lost’ track for 2001: A Space Odyssey, with the actor Malcolm McDowell, who starred in Kubrick’s 1972 film A Clockwork Orange. Photograph: Carolyn Contino/BEI/REX/Shutterstock

“I know it doesn’t sound like anything else, and I am not sure how I managed to work it out,” said Kaplan, 77. “I could never do it again. But it is great to hear it being played.”

The publicist was challenged to write the song, 2001: A Garden of Personal Mirrors, during a meeting with Kubrick and MGM records after they had all listened to the demo tape of another song that had been intended to help promote the film.

Declining to use the downbeat tune, Kubrick turned to Kaplan, who he knew wrote music and who he felt understood his film: “I hear you write music. Why don’t you write something?” he said, according to Kaplan.

After moonlighting on his day job to compose the song, Kaplan had it professionally mixed and sung by folk performer Naomi Gardner.

“The intent was to capture the different responses 2001 was generating from audiences and the media, the many levels of interpretation and appreciation, from its hypnotic visuals to its metaphysical illuminations. We also wanted to instil curiosity among audiences who had not yet seen what was becoming a cultural phenomenon,” Kaplan has explained.

He wanted to emulate the success of the quirky hit MacArthur Park, featuring Richard Harris, but when he played it to Kubrick the tinny reproduction on a portable machine did it no favours. Although the great director liked the title, he said he could not imagine it becoming a hit. The two friends never discussed the song again, although they continued to work together closely on A Clockwork Orange. Another composer, Alex North, also wrote a score for 2001, but Kubrick ultimately went for a classical work, Strauss’s Also Sprach Zarathustra. 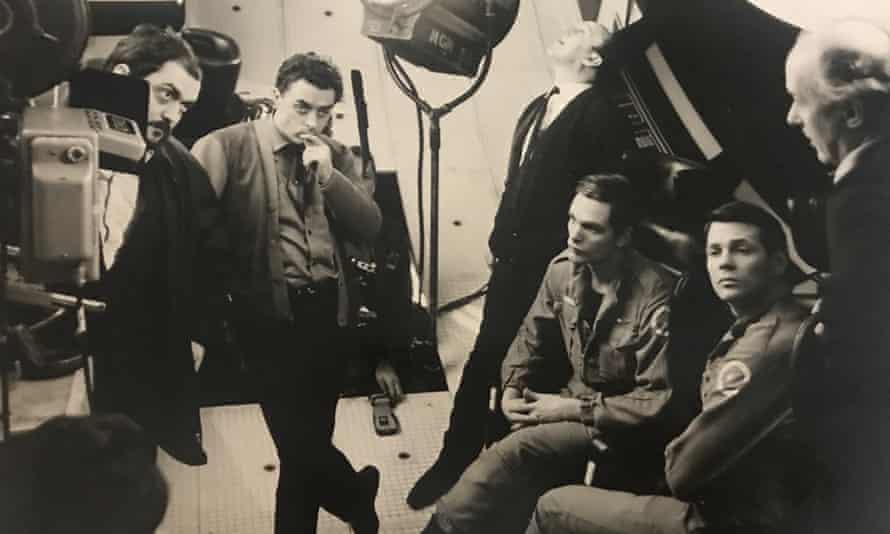 Stanley Kubrick (far left) on the set of 2001: A Space Odyssey

Kaplan first met Kubrick in 1968 in a projection booth, where the director was told that the team promoting 2001 were having a hard time working out how to sell it to audiences.

“We were confronted with a metaphysical drama encompassing evolution, reincarnation, the beauty of space, the terror of science and the mystery of mankind that required critics and audiences to surrender to its unique rhythms,” Kaplan explained. “With a visual narrative that jumped millennia, the 161-minute epic [original running time] contained only 22 minutes of dialogue.” After a two-hour discussion about the film, they shook hands and a long friendship began.

The composer Dan Jones, founder of Wave Theory Records, said: “Attempting to write any music for Kubrick would be a daunting task, as Alex North – and now we discover Mike Kaplan – were both to discover. I was immediately struck by Mike’s song. It exudes the spirit of the time of its creation in New York. Both North’s atmospheric score and this celebratory single stand on their own musical terms, revealed years after their creation; and both of them give clues to the complex creative interactions that Kubrick’s films distilled.”