Supporters, cafes and Amsterdam are ready for Ajax Spurs tie 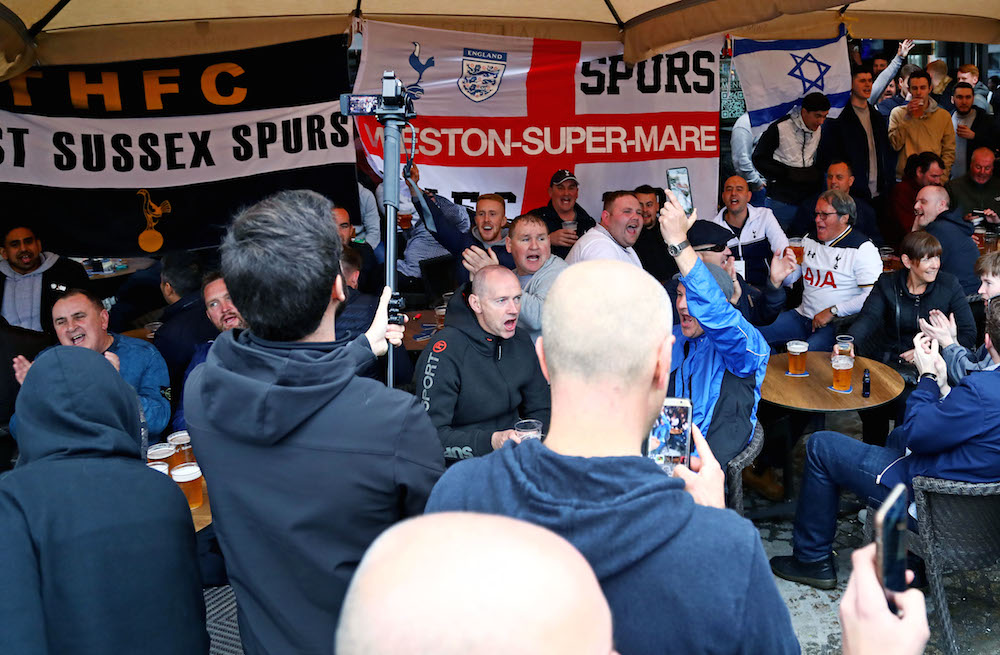 Amsterdam football club Ajax and London side Tottenham Hotspur meet at the Johan Cruijff stadium on Wednesday evening to decide which side will make the final of this year’s Champions League competition.

While just 3,000 Tottenham Hotspur supporters have tickets for the arena, up to further 15,000 are reportedly to be in Amsterdam for the game, broadcaster NOS said.

Bar and cafe owners are said to be ‘nervous’ about what to expect, the broadcaster said. ‘They don’t know what to prepare for,’ said Pim Evers, of the Dutch hospitality industry body KHN.

The city council has written to bar and cafe owners in the city centre urging them to be cautious with selling alcohol but the atmosphere in Wednesday afternoon’s drizzle was said to be good.

‘We can’t wait,’ one Spurs supporter told NOS. ‘We haven’t got tickets but we are here for the atmosphere. It is going to be fantastic.’

Ajax won the away leg of the tie 0-1 and a draw would be enough to put them into the finals of the Champions League. On Tuesday, Liverpool beat Barcelona 4-0 to seal the first final ticket.

Three of the Spurs line-up are previous Ajax players.