The 10 Republicans who voted to impeach Donald Trump

Ten House Republicans joined every Democrat in voting to impeach Trump, in the most bipartisan impeachment in US history

Ten Republican members of the US House of Representatives voted to impeach Donald Trump over the deadly insurrection at the Capitol, making it the most bipartisan presidential impeachment in US history.

The break with the president stood in sharp contrast to the unanimous support for Trump among House Republicans when he was first impeached by Democrats in 2019.

Ten Republican members of the US House of Representatives voted to impeach Donald Trump over the deadly insurrection at the Capitol, making it the most bipartisan presidential impeachment in US history.

The break with the president stood in sharp contrast to the unanimous support for Trump among House Republicans when he was first impeached by Democrats in 2019.

All Democrats who voted supported impeachment, while 197 Republicans voted no.

The Republican votes made it a historic moment. In comparison, five Democrats voted to impeach Bill Clinton in 1998.

How the Senate will fall on Trump’s second impeachment trial vote remains to be seen. Two-thirds of the 100-member body are required to convict a president, meaning 17 Republicans would have to join Democrats to render a guilty verdict. So far only a small number of Republican senators have indicated an openness to convicting the president in a senate trial, which is now set to begin after Biden’s inauguration. Mitch McConnell, the top-ranking Republican in the Senate, indicated to colleagues that he is undecided on how he would vote.

Below are the Republicans who voted for impeachment in the House of Representatives: 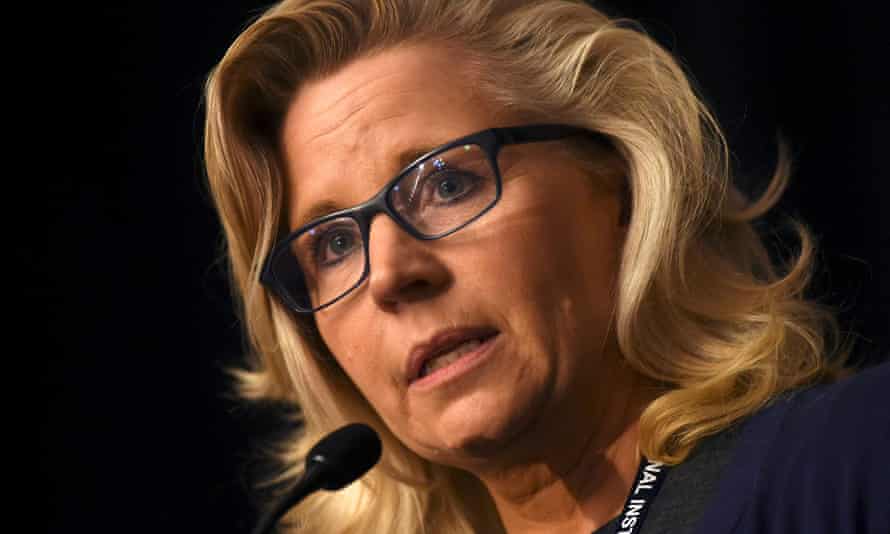 The No 3 House Republican, Cheney was also the most senior member of her party to vote against efforts to challenge electoral college results confirming Trump’s loss. The daughter of the former Republican vice-president Dick Cheney is a rising star in the party.

In a statement released on Tuesday, Cheney said: “There has never been a greater betrayal by a president of the United States of his office and his oath to the constitution.” 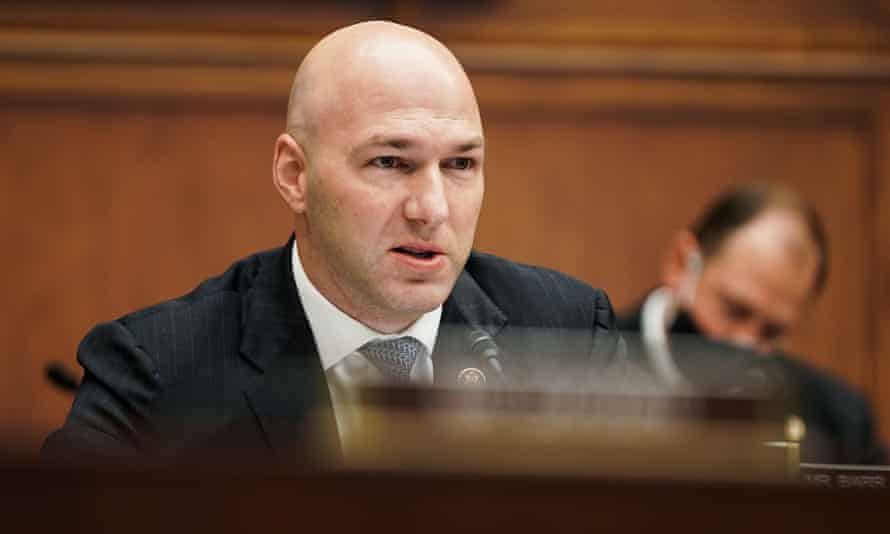 Gonzalez is an Ohio Republican. In his statement, Gonzalez accused Trump of having “abandoned his post” amid the violence at the Capitol.

Gonzalez argued that the president’s failure to act further endangered those present at the Capitol, and described the president’s actions as “fundamental threats” to American democracy.

“When I consider the full scope of events leading up to January 6th including the president’s lack of response as the United States Capitol was under attack, I am compelled to support impeachment,” he wrote on Twitter. 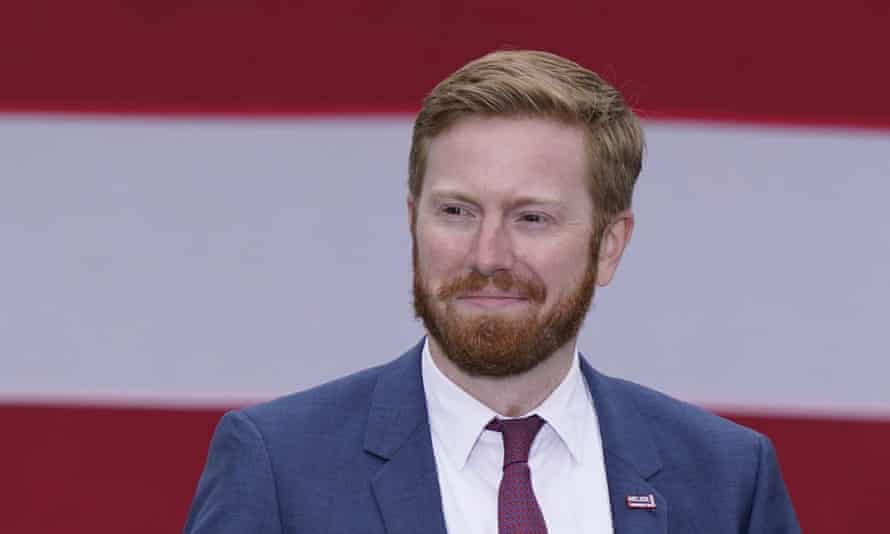 Meijer, a new member of Congress from Grand Rapids, Michigan, said he was voting for impeachment with a “heavy heart”.

“The president betrayed his oath of office by seeking to undermine our constitutional process, and he bears responsibility for inciting the violent acts of insurrection last week,” he said in a statement. 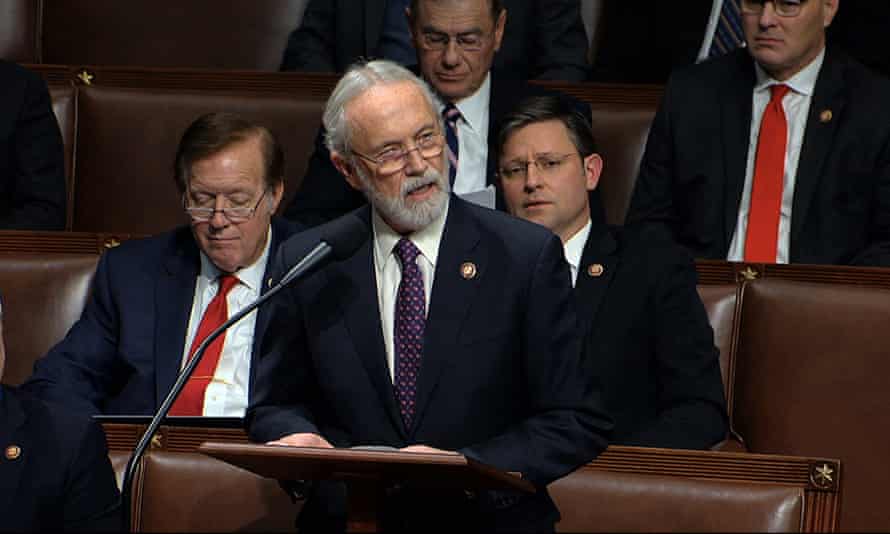 Dan Newhouse in the House chamber. He said: ‘There is no excuse for President Trump’s actions.’ Photograph: AP

Newhouse, from Washington state, announced his intention to vote to impeach on the House floor during Wednesday’s debate, drawing applause from the roughly two dozen Democrats on the floor.

“There is no excuse for President Trump’s actions,” he said. 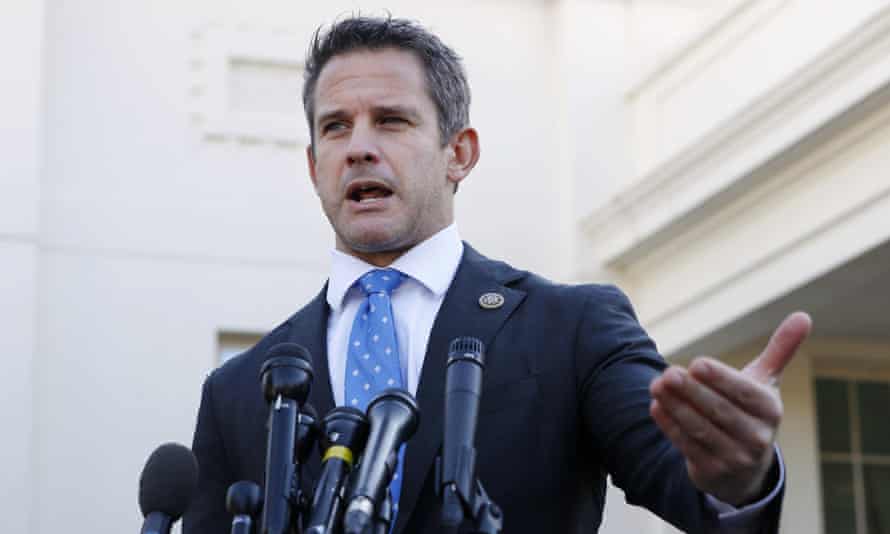 Kinzinger, an air force veteran who has emerged as a leading Trump critic, said he had no doubt that Trump “broke his oath of office and incited this insurrection”.

Trump “used his position in the executive” branch to attack the legislative branch, said Kinzinger, who is in his sixth term representing northern Illinois. 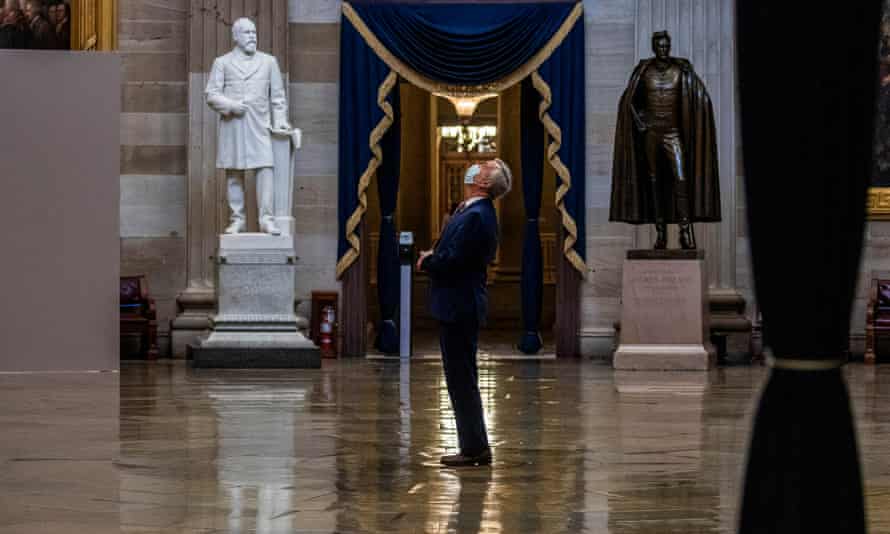 Katko, from New York, was the first member of the House Republican caucus to say he would vote for impeachment.

Katko, a former federal prosecutor, said in a statement on Tuesday that he had not made the decision lightly, adding: “To allow the president of the United States to incite this attack without consequence is a direct threat to the future of our democracy. I cannot sit by without taking action.” 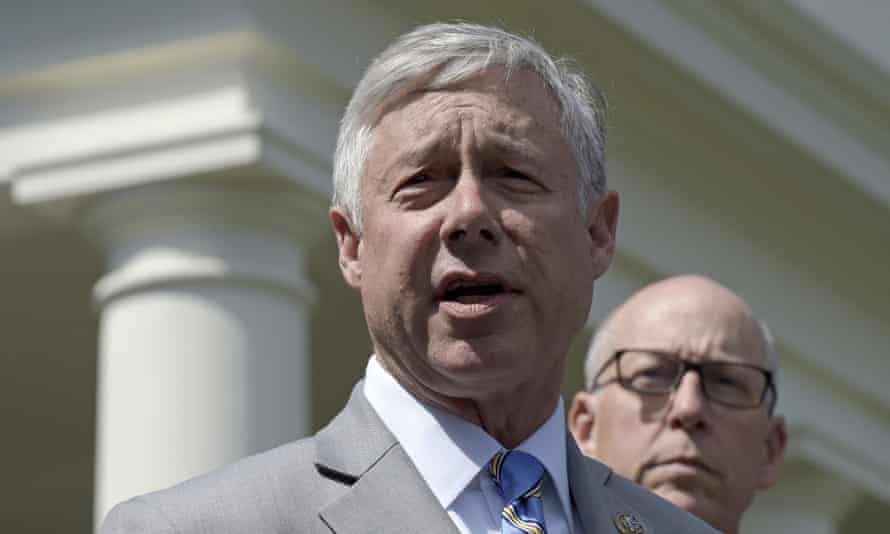 Upton, from Michigan, in November said Trump had shown no proof of his claims that his election defeat was the result of widespread fraud.

Upton said he would have preferred a bipartisan, formal censure rather than impeachment, but that Trump’s refusal to take responsibility for the riot left him no choice.

“The Congress must hold President Trump to account and send a clear message,” he said. 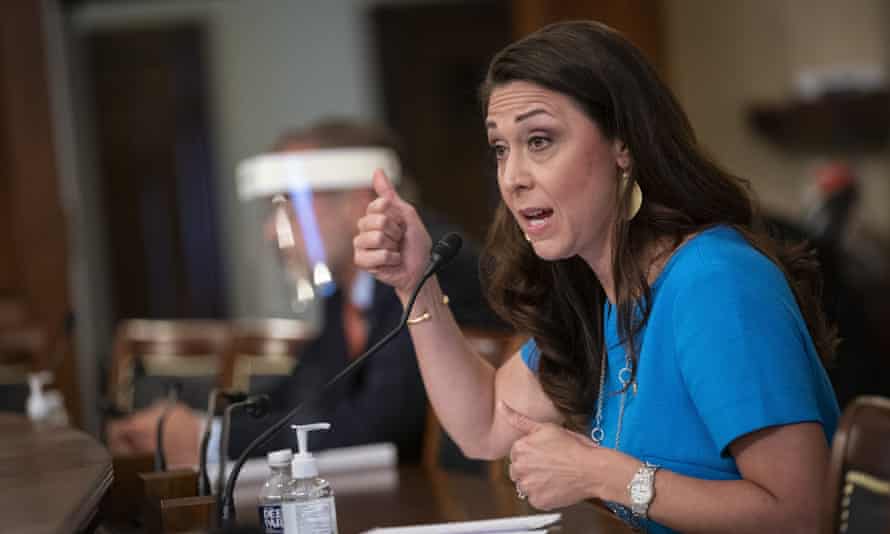 Herrera Beutler is a moderate from Washington state. In a statement, she said that the president’s offenses were “impeachable based on the indisputable evidence we already have”.

Herrera Beutler, who is in her sixth term, said that while many lawmakers fear Trump, “truth sets us free from fear. My vote to impeach a sitting president is not a fear-based decision,” she said. “I am not choosing a side. I’m choosing truth.” 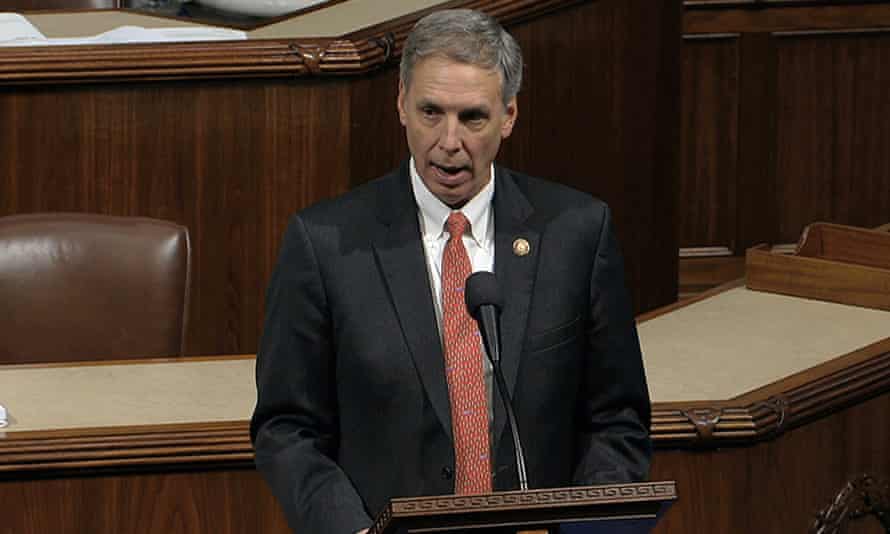 Rice may have cast the most surprising vote.

His coastal South Carolina district strongly backed Trump in the election and he voted last week to object to certification of electoral votes in Arizona and Pennsylvania. “I have backed this president through thick and thin for four years. I’ve campaigned for him and voted for him twice. But this utter failure is inexcusable,” Rice said in a statement after the vote.

Rice said he was disappointed that Trump has failed to show remorse over the riot or address the nation to ask for calm. 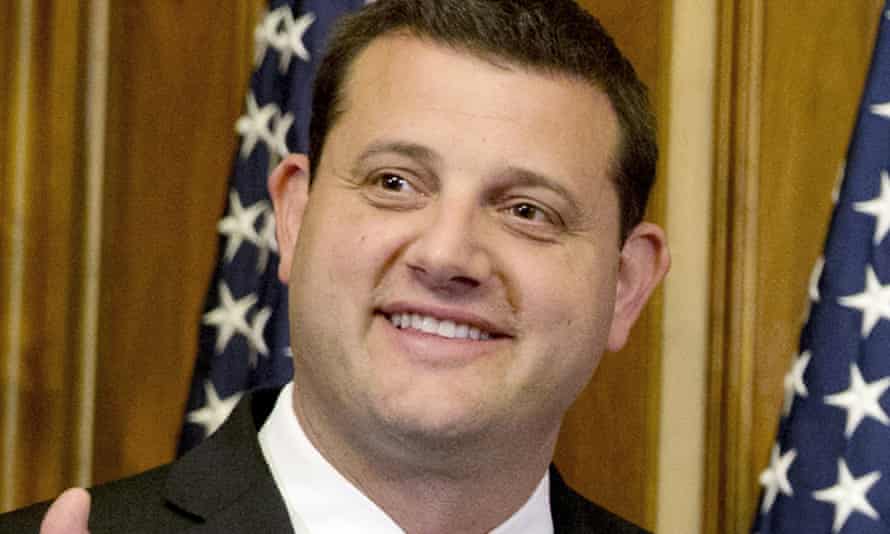 David Valadao said Trump ‘was, without question, a driving force in the catastrophic events that took place on January 6’. Photograph: Jacquelyn Martin/AP

Valadao in November reclaimed his former California seat from the Democrats. In a statement posted to Twitter, Valadao said that Trump “was, without question, a driving force in the catastrophic events that took place on January 6 by encouraging masses of rioters to incite violence on elected officials, staff members, and our representative democracy as a whole”.