The 2020 Heineken Dutch Grand Prix is officially on! i.com

The 2020 Heineken Dutch Grand Prix is officially on! F1i.com Formula 1 will return to Zandvoort's dunes in May of next year following a three-year deal signed by the Dutch Grand Prix promoters an 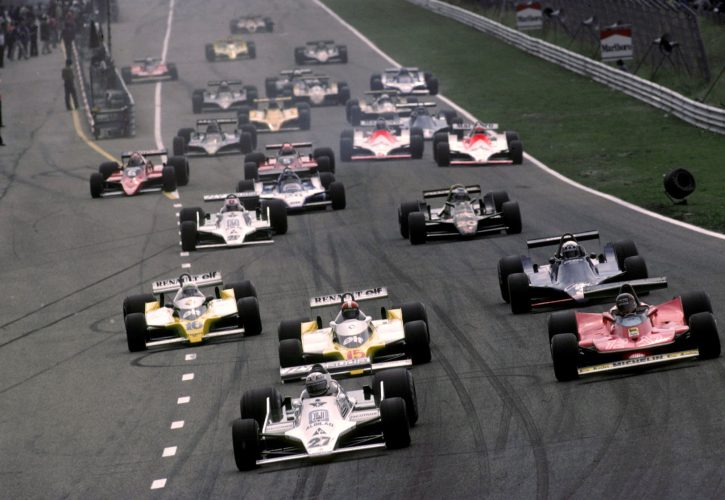 After a 35-year break, Formula 1 will return to Zandvoort's dunes in May of next year following a three-year deal signed by the Dutch Grand Prix promoters and Liberty Media.

Rumors of a return of Grand Prix racing to Holland's historical racing site had been in the works for several years, but Zandvoort ramped up its efforts a year ago along with an initiative promoted by rival venue Assen.

In the end, a three-year partnership was agreed between Formula 1, Circuit Zandvoort, SportVibes and TIG Sports, with Heineken signing on as the Dutch Grand Prix's title sponsor.

"We are particularly pleased to announce that Formula 1 is returning to race in the Netherlands, at the Zandvoort track," said F1 CEO Chase Carey on Tuesday.

"From the beginning of our tenure in Formula 1, we said we wanted to race in new venues, while also respecting the sport’s historic roots in Europe.

"Next season therefore, we will have a brand new street race that will be held in the Vietnamese capital of Hanoi, as well the return to Zandvoort, after an absence of 35 years; a track that has contributed to the popularity of the sport all over the world.

"In recent years, we’ve seen a resurgence of interest in Formula 1 in Holland, mainly due to the enthusiastic support for the talented Max Verstappen, as seen from the sea of orange at so many races.

"No doubt this will be the dominant colour in the Zandvoort grandstands next year."

The #DutchGP is back 🇳🇱

Indeed, Verstappen's popularity acted as a massive catalyst to bring F1 back to a circuit that has actively contributed to the sport's history.

"The Zandvoort Circuit is legendary and known worldwide and we’re delighted to see it host a round of the FIA Formula One World Championship once again," said Dutch Grand Prix sporting director and former F1 driver Jan Lammers.

"To meet the wishes of Formula 1 and the required standards of the FIA the circuit and infrastructure will be modernized within a few areas, with the work completed well ahead of the race in 2020.

Gallery: The beautiful wives and girlfriends of F1 drivers