The Netherlands are bookmaker's favorite to win Eurovision 2019

The Netherlands are bookmaker's favorite to win Eurovision 2019 Escdaily After all countries have rehearsed their song, Duncan Laurence from The Netherlands is still the favourite for the bookmak 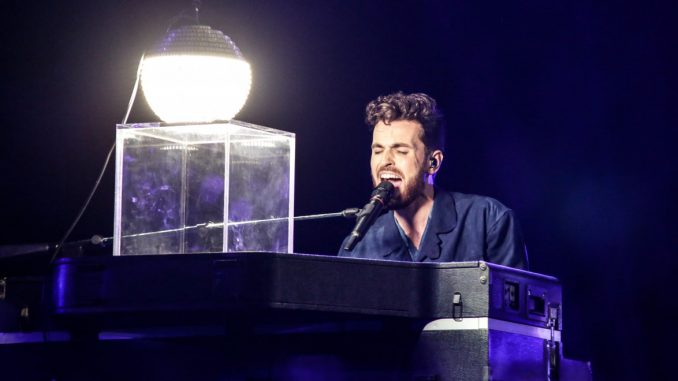 All 41 participating countries at the Eurovision Song Contest 2019 have had their regular two rounds of rehearsals. After this week, as we get to the actual shows, Duncan Laurence from The Netherlands is still the favourite for the bookmakers to win it.

On Betfair, Duncan Laurence from The Netherlands has winning odds of 4.5 in the outright market. It would be their first victory since 1975.

John Lundvik from Sweden is not far behind on spot 2 with odds of 5.4. He started out the rehearsal week in a top 5 spot, however he has climbed the ranks ever since. 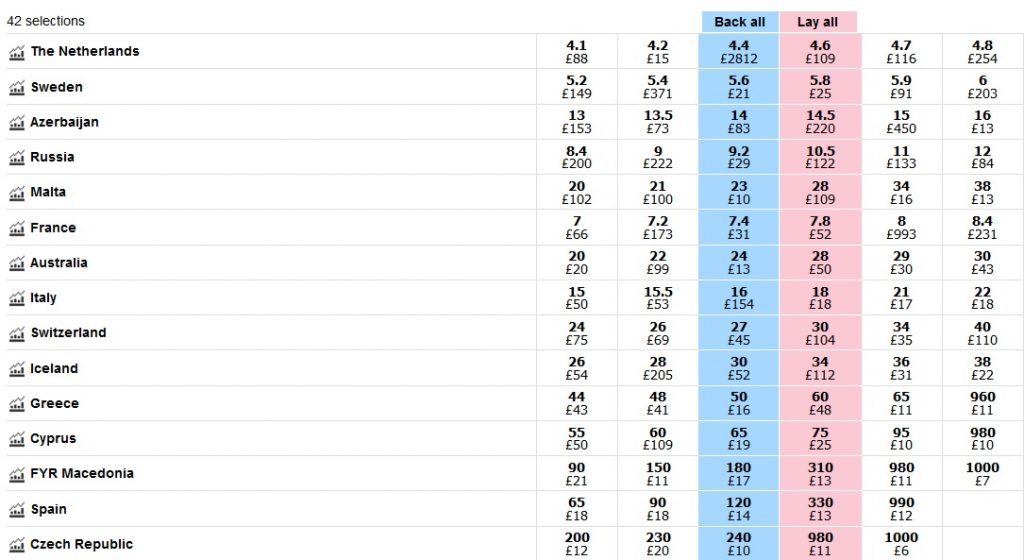 Russia was the second favourite for the bookmakers for a long time, but Sergey Lazarev and his song Scream has dropped to the fourth place (9.4), now that Bilal Hassani from France is in third place (7.4). Closing of the top-5 of the bookmakers on Sunday the 12th of May after all rehearsals is Azerbaijan (Chingiz – Truth) with odds of 14.

Azerbaijan made a surprise surge in the betting odds. Flamenco singer Chingiz makes his home country relive the zeroes, a time in which Azerbaijan was often at the top of the bookmakers.

Betfair is a good indicator of the bookmakers market as it features a lot of important influencers. The Betfair prices are often slightly ahead in time of the others. However, should you be interested in a full overview of all the odds, you can find it on Oddschecker.

Top-3 of the bookmakers to win Eurovision 2019:

In case you have not yet seen all the candidates. You can find rehearsal footage of the top-3 in the betting market on ESCDaily. We also have in-depth descriptions of all the performances from Semi Final 1, as well as Semi Final 2 and the Grand Final.