The Netherlands has won the 2019 Eurovision Song Contest

The Netherlands has won the 2019 Eurovision Song Contest The Irish Times Madonna made special guest appearance at Tel Aviv venue in Israel.

The Netherlands has won the 2019 Eurovision Song Contest.

Duncan Laurence (25) won the contest for his country with Arcade, scoring 492 points.

The Dutch contestant had been the bookie’s favourite followed by Australia, whose vocalist Kate Miller-Heidke sang while suspended high in the air on a bendy pole. 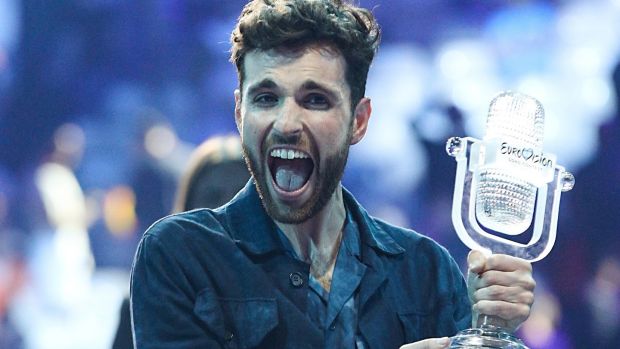 Duncan Laurence of The Netherlands with the winning trophy. Photograph: Guy Prives/Getty Images

Sweden, North Macedonia and The Netherlands came out tops in the professional round of voting, but when the popular vote was counted, the Netherlands triumphed.

Italy’s Mahmood came second with 465 points while Russia’ Sergey Lazarev was third with 369.

Some 26 countries participated in the grand final of the 2019 contest at the Expo Tel Aviv venue in Israel in a show broadcast to an estimated global television audience of 200 million. 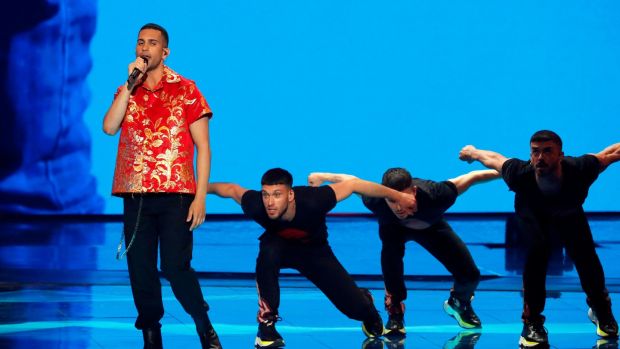 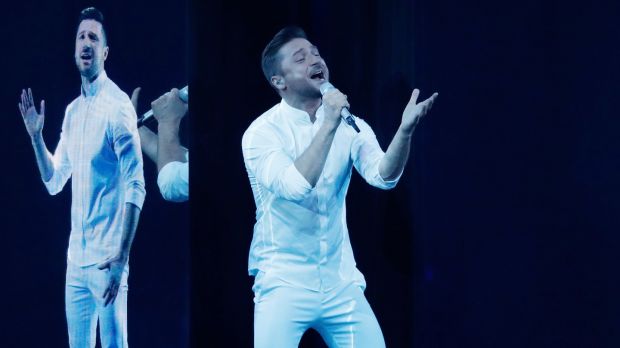 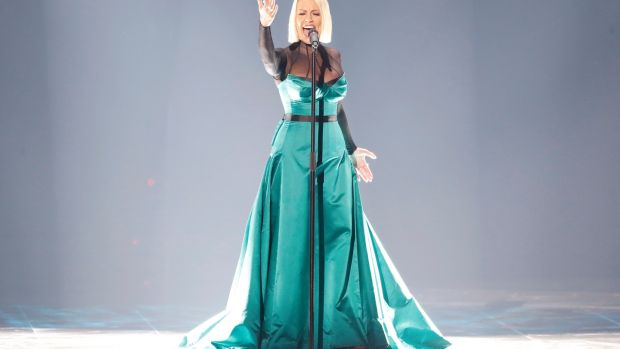 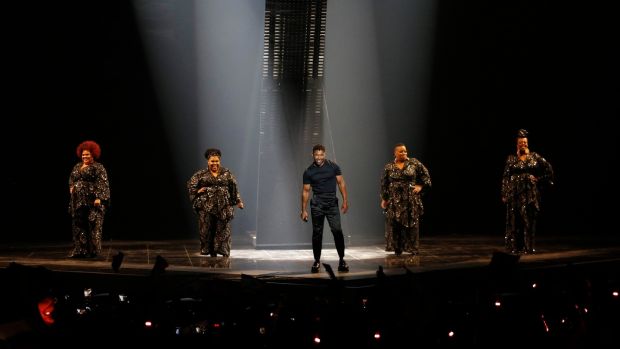 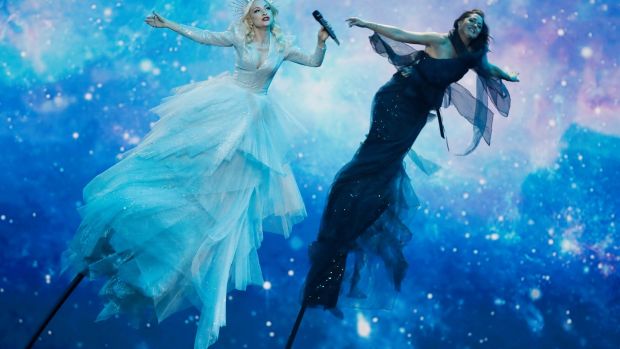 Ten countries advanced from each of the two semi-finals held earlier this week and they were joined by the Big Five who qualify automatically (Germany; France; the United Kingdom; Italy and Spain) along with hosts, Israel.

Ireland’s Sarah McTernan failed to qualify for the final earlier this week.

In the final shake up the UK came last with Michael Rice scoring just 16 points between the public vote and international jury vote.

In the final voting round up the international public vote makes up 50 per cent of the total vote, with the other half determined by a professional jury in each participating country.

As per one of Eurovision’s most famous quirks, fans can vote up to 20 times but cannot select their own country’s entry.

The performances of the 26 finalists were followed by a guest appearance by Madonna who performed her 1989 hit Like A Prayer.

She told the contestants they were all winners no matter how the voting turned out.

Ahead of her performance at the ceremony, Madonna posted a picture of herself with an eye patch, bearing a diamond-studded X. The post read: “Madame X has many faces....”

Jean-Paul Gaultier had dressed the 60-year-old Queen of Pope as a “futuristic” Joan of Arc for her performance, the fashion designer told Reuters on Saturday.

The French designer said his inspiration came from one of his own countrywomen. 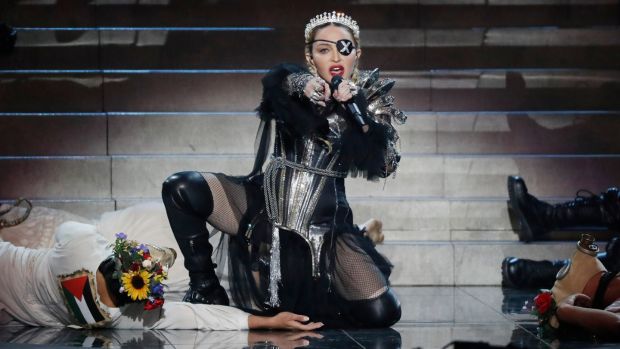 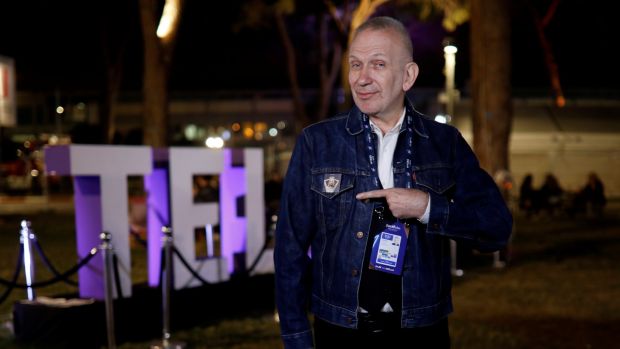 “Twenty years, thirty years ago (Madonna) didn’t know what was Eurovision, and now she’s singing there.”

Known for repeatedly reinventing herself, she faced criticism for performing in Israel - pro-Palestinian groups urged musicians to shun the event to protest Israel’s policies in the West Bank and in Gaza.

Israel says the boycott calls were discriminatory and anti-Semitic, which boycott activists deny.

In a statement earlier this week, Madonna explained her decision to attend, saying she would always speak up to defend human rights and that she hoped to see “a new path toward peace”.

Gaultier has collaborated with the music superstar for decades, from her conical bras to the glitzy Met Gala in New York.

The grand final of the Eurovision Song Contest begun with a performance by a cohort of the musical extravaganza’s former stars. Israel’s Netta Barzilai and Dana International, both previous winners, were joined by Swedish champion Mans Zelmerlow for a performance of Omer Adam’s song Tel Aviv, during which the 26 finalists were introduced before taking their seats to one side of the stage.

Malta’s Michela Pace opened the show with her song Chameleon, dancing in front of shifting graphics showing an urban landscape.

Second was Albania’s Jonida Maliqi with Ktheju Tokes, a dramatic and slow-paced track with lyrics referencing the Kosovo War.

Third in front of the audience was three-piece boy band Lake Malawi with their pop-rock song Friend Of A Friend. The performance saw the group from the Czech Republic pogo-ing around the stage.

As Israel geared up for Saturday night’s grand final, some religious Jews held an unprecedented protest against the desecration of the Sabbath due to the event.

During the Jewish Sabbath (Shabbat), which begins at sundown Friday and ends on Saturday night, observant Jews are strictly prohibited from working, driving and using electrical devices. Although the final began after the end of the Sabbath, the rehearsals and preparations required employing hundreds of staff to work on Friday night and Saturday.

Israel’s chief rabbi David Lau called on Jews to refrain from doing work at least 10 minutes before candle lighting time, which traditionally heralds in the start of the Sabbath, and extend Sabbath observance for an extra 10 minutes on Saturday night.

“This Shabbat will be a mass desecration,” he said. “Unfortunately, this is not the first time but this time it will be before the eyes of the entire world.”

After religious political parties held up talks on forming Israel’s next government, prime minister Binyamin Netanyahu insisted the government was not in charge of Eurovision production and most of those involved with it were not Jewish. (Additional reporting - Agencies)