A 36-year-old nationalist who has taken Dutch politics by storm is set to make huge gains in European elections in the Netherlands on Thursday.

AMSTERDAM (Reuters) - A 36-year-old nationalist who has taken Dutch politics by storm is set to make huge gains in European elections in the Netherlands on Thursday.

A voter casts their ballot for the European elections at the Central Station in Amsterdam, Netherlands May 23, 2019. REUTERS/Eva Plevier

Thierry Baudet’s Forum for Democracy, which won just 2% of the vote in a 2017 general election, is polling at 15% ahead of voting, neck and neck with the party of ruling Dutch Prime Minister Mark Rutte.

Baudet, who styled himself “the most important intellectual in the Netherlands” in a 2016 tweet, emphasizes “Dutch first” cultural and economic themes. He blames immigration for the decline of Christian, European civilization and wants the Netherlands to leave the European Union.

Baudet’s party came in first in provincial elections in March, ahead of Rutte’s People’s Party for Freedom and Democracy.

Baudet has drawn support largely from the Freedom party of his right-wing rival Geert Wilders, another Eurosceptic best known for his campaign against Islam. Wilders is polling near a decade low of 5%.

Across Europe, Far-right parties are expected again to increase their share in the European parliament, beyond the doubling of seats they won in 2014, but are not expected to take more than 20% in the May 23-26 vote.

If Dutch polls are accurate, Baudet’s Forum could shoot up from zero to take five out of the current 26 Dutch seats in the 751-seat EU assembly.

“These elections hinge on the question of whether or not the largest party in the Netherlands is one that wants Nexit,” Rutte said ahead of the vote, referring to the possibility that the Netherlands follow Britain in a vote to leave the EU.

“It would be bad for our security and stability if such a party became the largest (Dutch party) in the European parliament,” he said.

In a late night televised debate, Rutte and Baudet exchanged barbs, with Baudet accusing Rutte of being a “follower” and not a leader.

Rutte said Baudet was a naive “Russia-hugger”, as Baudet said he did not think Moscow presents any geopolitical threat to the West.

Baudet compared outgoing European Commission President Juncker to Hitler and Napoleon in their dislike of Russia.

“The power-hungry of Europe legitimize the centralization of power in Brussels because of some great enemy (Russia) and I don’t see it,” he said.

It was unclear if the debate, just hours before the opening of polls, would sway roughly 13.5 million eligible voters who can cast ballots on Thursday.

On the eve of the election, Baudet drew sharp criticism from mainstream political parties who denounced comments he made this week as “stupid” and “gutter politics”.

Baudet and his party did not respond to repeated requests for comment.

In a book review of French author Michel Houellebecq’s novel “Sérotonine,” published in the American Affairs Journal, Baudet questioned the “liber­ated” status of women and their ability to both work and raise families.

“If they continue to work full hours, building a family becomes extremely difficult, if not impossible,” he wrote.

“This is why women in the Western world increasingly tend to have fewer children - if they even have them at all... An inevitable result of all this is the demographic decline of Europe.”

In a tweet, Education Minister Ingrid van Engelshoven dismissed Baudet’s comments as “stupid”. “I will continue to fight for the financial independence of women so they will always be able to make their own choices,” she wrote. 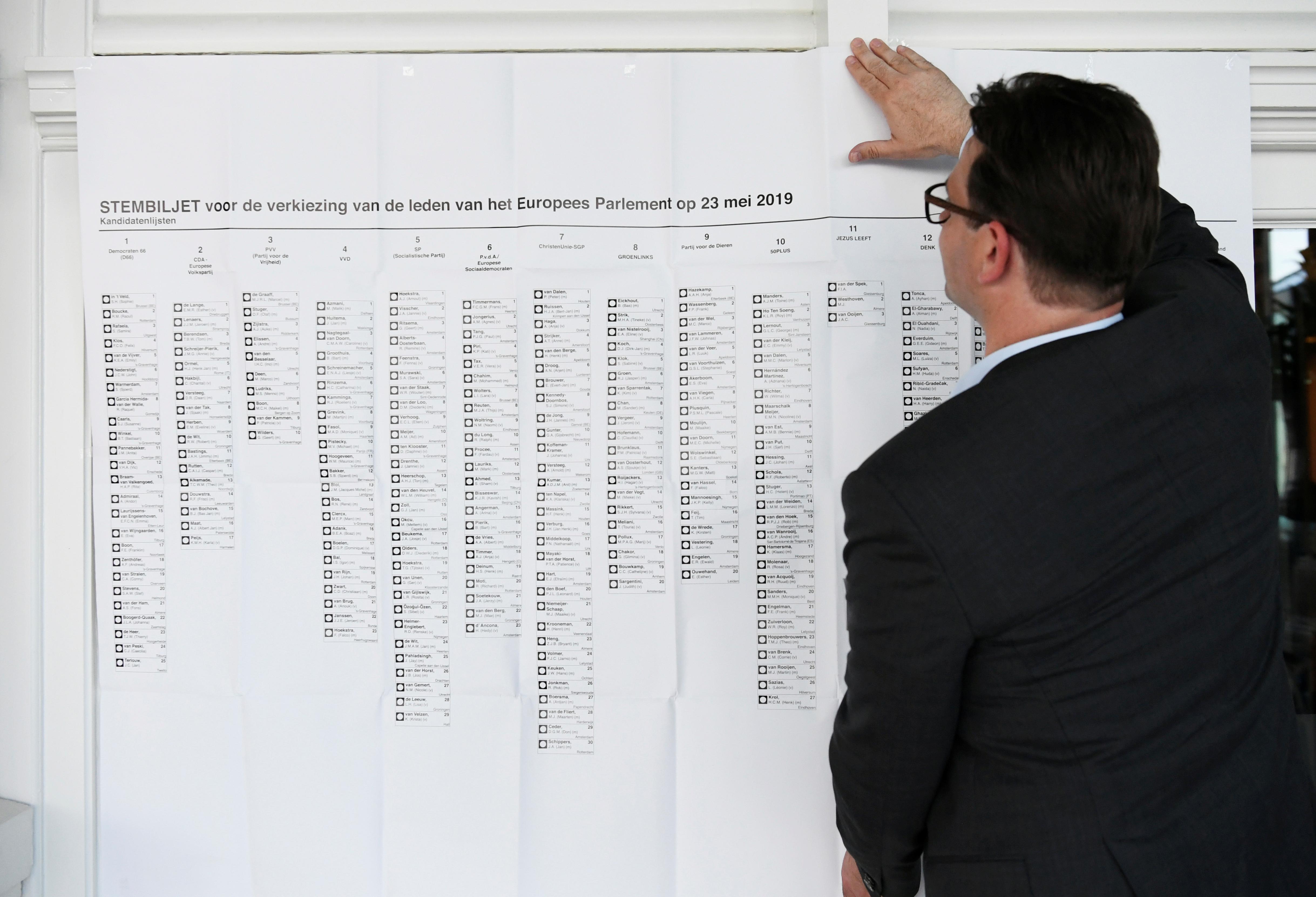 Baudet was accused by centrist Democrats 66 party leader Rob Jetten of “gutter politics” after Baudet retweeted a video posted by an anti-immigration group in Germany called DB-120, in which several women blame foreigners for rapes and murders.

The video, first posted in 2018, is currently hosted on a site registered to the German Identitarians, a far-right, white-nationalist youth movement.

“Vote (Forum for Democracy) FvD to fundamentally change the immigration policy,” Baudet said in his retweet.