The massive civil engineering project to place part of Amsterdams ring road underground and expand the railway station at the... 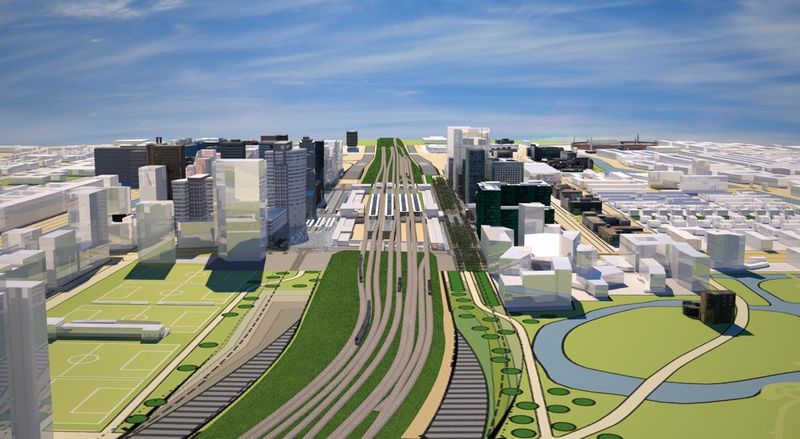 An artist’s impression of the finished project. Source: Zuidasdok.nl

The massive civil engineering project to place part of Amsterdam’s ring road underground and expand the railway station at the Zuidas business district will be both delayed and more expensive than in the original plans, transport minister Cora van Nieuwenhuizen has told MPs.

The commissioners of the work – national and local government and rail company ProRail – are ‘concerned’ and ‘intense discussions and monitoring’ are taking place, the minister said.

The complexity of the Zuidasdok plan, which was originally slated for completion in 2028, is one of the main reasons for the delay. In February it emerged that the design phase of the project would take a year longer than planned and now the new schedule is also under pressure, the minister said.

The delays, she said, could have consequences for the financial feasibility of the project. ‘A good and complete integral plan is taking more time than expected, the building costs are going up and changes needed to be made to the contracts,’ the minister said.

More certainty about the planning and the costs will only be given after the initial planning phase is completed, the minister said, adding that the aim is to move on with the project after the summer.

A consortium made up of Dutch construction group Heijmans, Fluor of the US and Hochtief of Germany won the preliminary contract for the €1.4bn project in 2017.